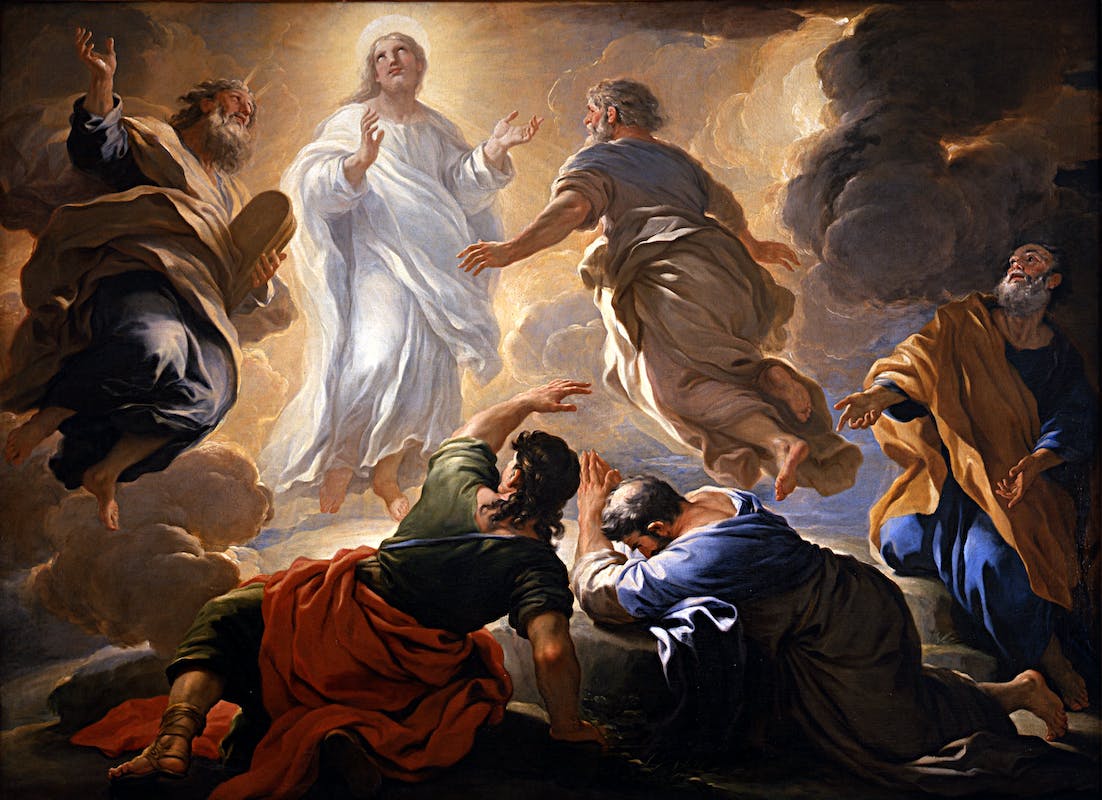 The episode of the Transfiguration of Christ on Mount Tabor, Galilee, is told in the Gospels of Matthew (17,1-8), Mark (9, 2-8), and Luke (9,28-36). Jesus, after taking Peter, James and John with him up on a mountain, transfigured: his face shone with extraordinary splendour and his clothes became dazzlingly white: “his face did shine as the sun, and his raiment was white as the light.” (Matthew 17, 2) “And his raiment became shining, exceeding white as snow; so as no fuller on earth can white them” (Mark 9, 3). Immediately after, Moses and Elijah appeared to speak with him and when Peter tried to speak, a cloud enveloped them in its shade and a voice declared the divine descent of Jesus.

The painting dates back to a commission from Grand Duke Cosimo III and was bought for the considerable sum of 500 scudi. It was delivered to the Guardaroba Generale on 25 October 1685, and therefore, at the peak of Luca Giordano’s flourishing activity in Florence. The transcendent and metaphysical nature of Jesus’ appearance on Mount Tabor is a perfect subject for the increasingly baroque tone that characterised Giordano’s work from the period of his Florentine frescoes, through to his departure for Spain (1682-1692). The characteristic mature style of the Transfiguration makes it a precursor of later works, inspired by the vision of Rubens and Bernini. The strong influences of Bernini and close alignment with the works of  Baciccio can be seen in the search for brand new effects using light: in fact, light is shown like a cascade, pouring from the background to the foreground, revealing shapes through backlighting. The artist applied colour directly over a very fine brown wash, without preparation, creating effects of extraordinary lightness, seeming to anticipate the “di tocco” style of painting.