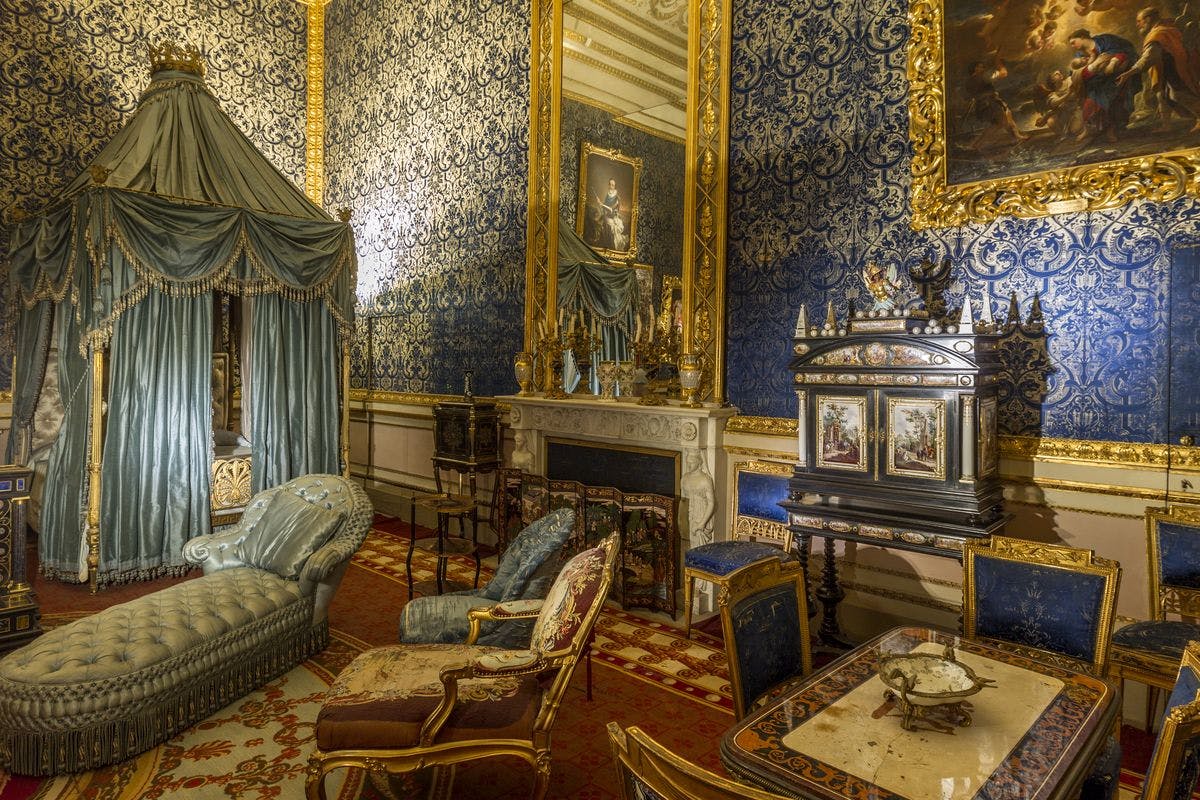 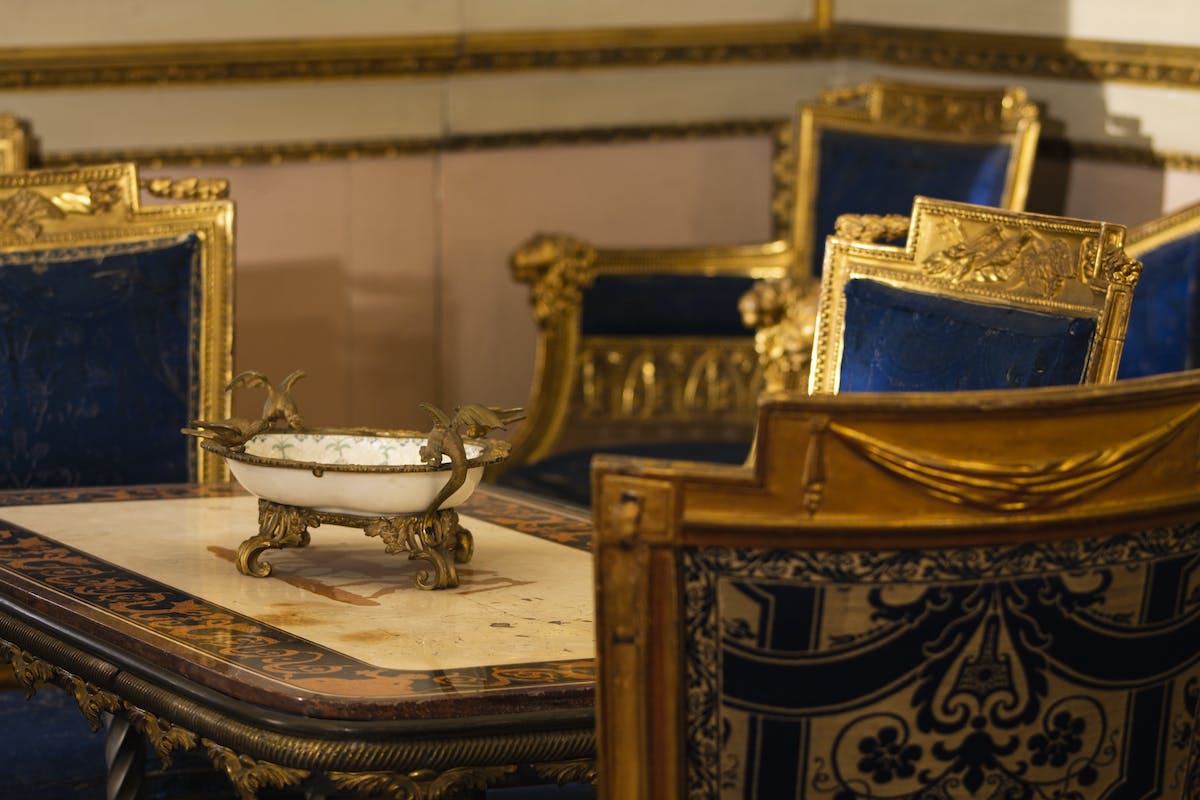 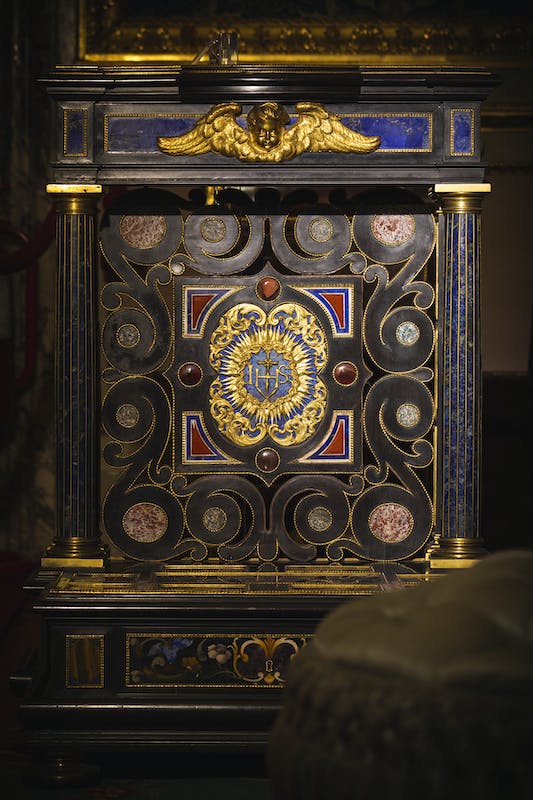 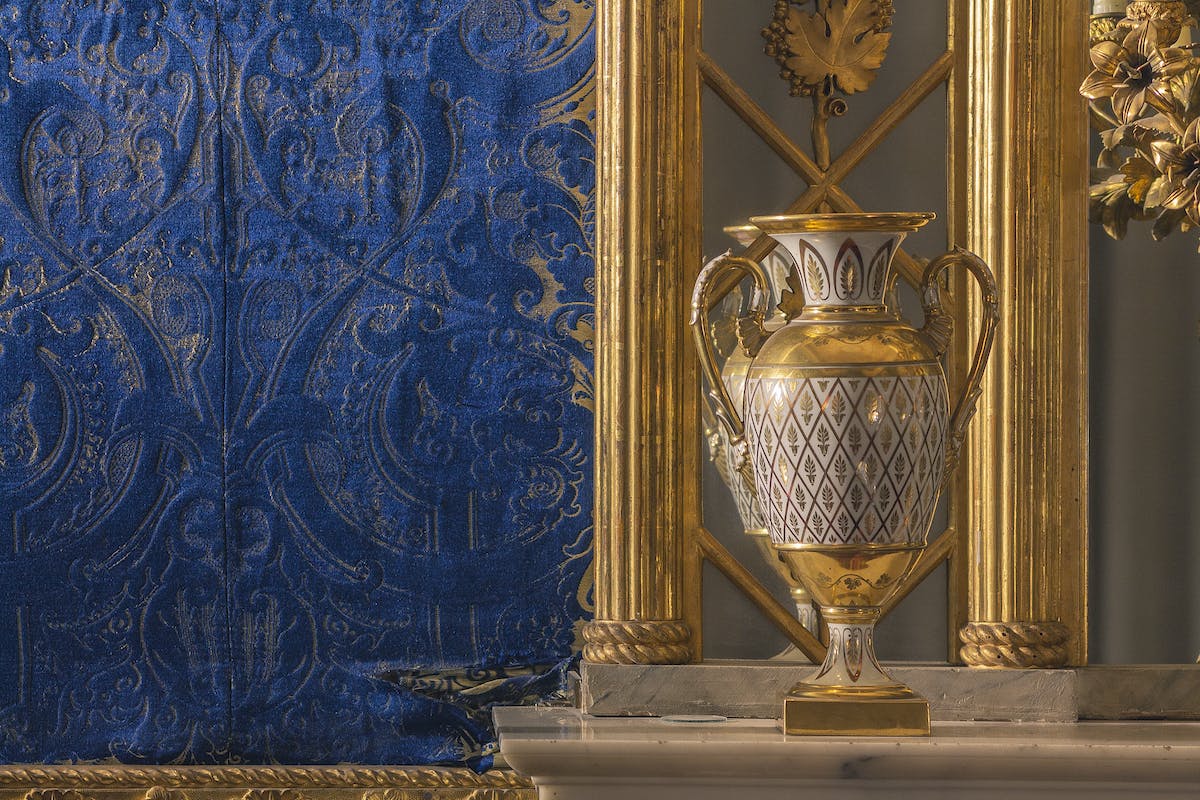 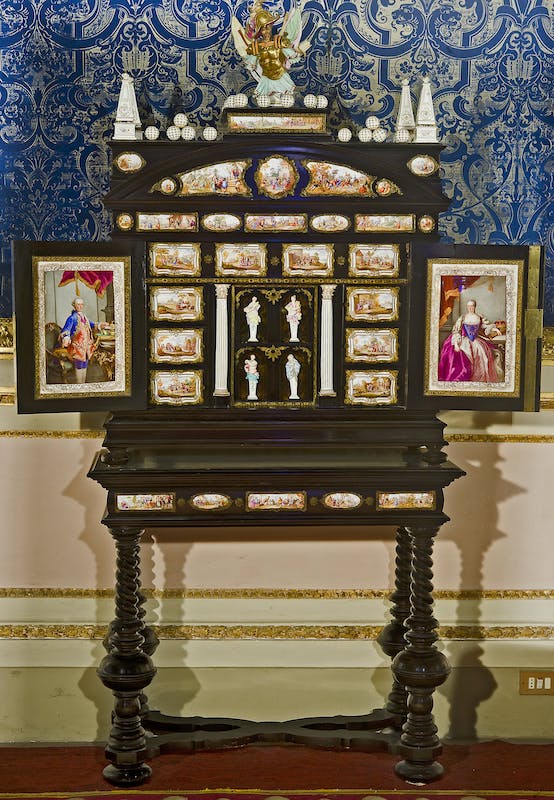 Once the games room, in the period of Grand Prince Ferdinando de’ Medici (1663 – 1713), the Room of Queen Margherita of Savoy adds a taste of the elegant disorder that - according to the eclectic tastes that were dominant around the end of the 19th century- made it possible to create casual mixes of different furniture, objects, materials, periods and styles. A propensity to overload, to add the superfluous that only escapes forming a chaotic sense of bric-à-brac only because of the doubtless high quality of the pieces and their certain origin.

The holy water stoup on the wall and the kneeling stool in pietra dura, were made in the Grand Ducal workshops in the period between the late 17th and early 18th centuries, are companion pieces to the Chinese carved and lacquered wooden screen from the early 19th century. The delicate seating in neo-classical style forms a setting for the brand new - for the period - table in metal with scagliola top, used as a stand for a Meissen porcelain tray, mounted in bronze with a delicate detail of birds drinking.  The furniture includes a writing desk in holly, signed and dated Giuseppe Cantieri 1942, decorated with elegant carved design in Etruscan style; a small medal display case by Milanese cabinet makers specialised in gild bronze inlays, known as “alla Boulle” (from the name of famous French cabinet maker, André-Charles Boulle, who worked at the court of Louis XV); the ebony, ivory and porcelain cabinet from  Dresden, made by J. A. Turpe some time around 1850. The items stand in a muffled, subdued and softly relaxed atmosphere, which rather than from the canopy bed, comes from the surroundings, covered in deep blue French wallpaper, with an 18th-century rest armchair and a dormeuse, made especially for Queen Margherita in 1885.