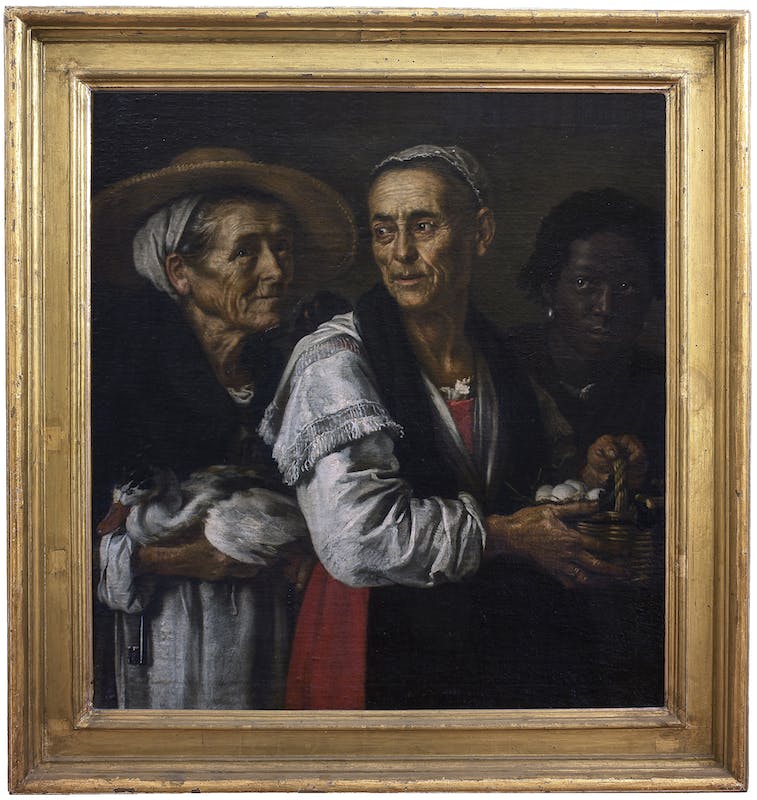 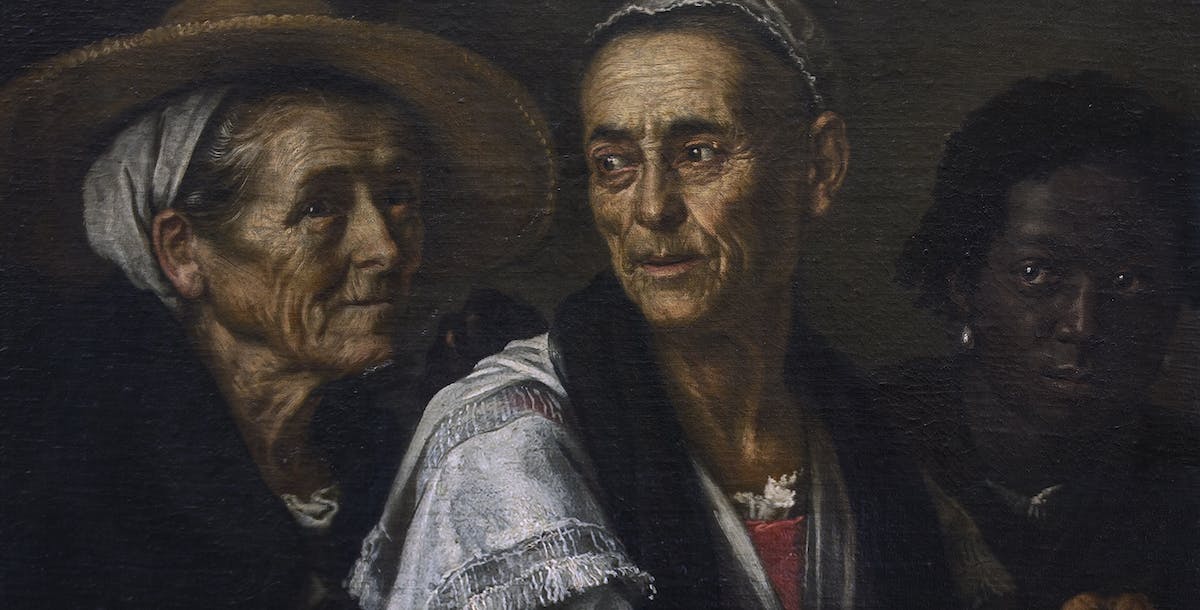 The three figures in this painting are people who really existed, as proved by the records in the Medici archives. A letter sent by Cardinal Giovan Carlo de’ Medici from Pratolino to his brother, Mattias in fact states that after hunting “in the hours of quietude, we had painting as recreation. Justus painted portraits of the peasant women and he did so well. Giovanni da San Giovanni painted frescos and was extremely successful; in particular, in a small portable tondo, he painted Janni as a satyr”. In this work, Suttermans, a famed portrait artist, who had successfully immortalised and celebrated the most important figures in the Medici family, documents with great sagacity the small domestic world that surrounded and accompanied court life. In this case, the two old women with wrinkled faces and a lively, wry expressions are Domenica delle Cascine, a duck and chicken seller, and a peasant woman, Francesca, or “Cecca” from Pratolino. Both are frequently mentioned in the Medici’s accounting documents. Domenica, in particular, is recorded as being paid not only for her role as stewardess, but also as entertainer, often engaged to amuse the lord and his family with jokes and pleasantries and to “play the Fool”. Pietro the Moor, on the right, who is also mentioned in inventories, was most likely one of the many servants at the house. He is portrayed here making a salacious, vulgar gesture with his hand, as often seen in Roman paintings in Caravaggio’s style, but also in Dutch paintings from the first half of the 17th century.

Two peasants and a black servant, Peter the Moor, in a painting by Suttermans

On Being Present - vol. I

Recovering Blackness in the Uffizi Galleries