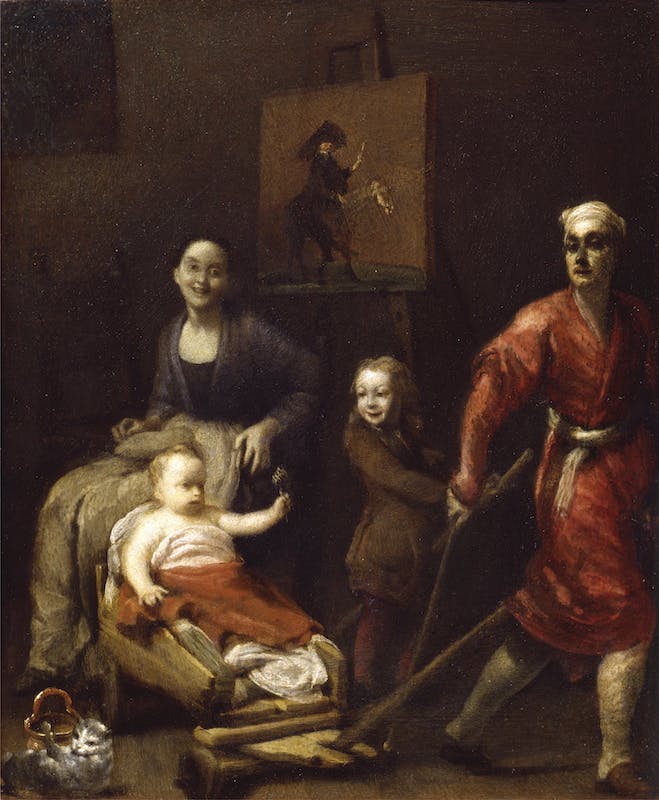 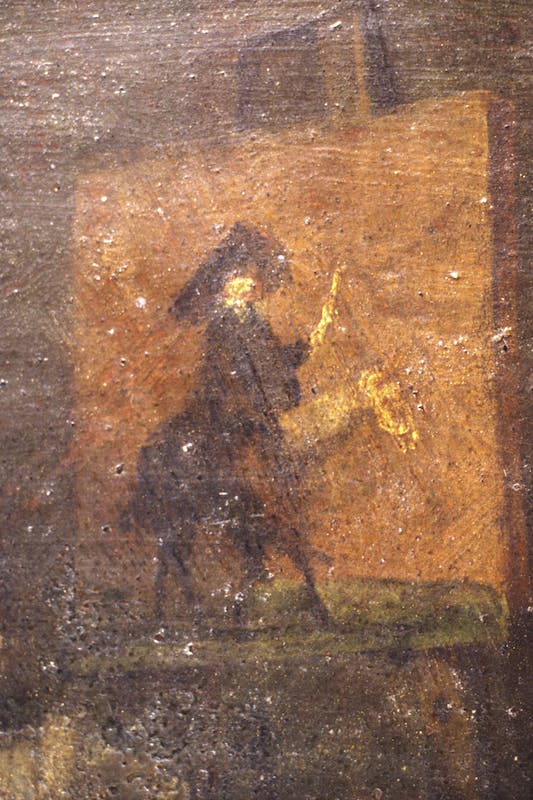 A lively, touching self-portrait of the Emilian painter, this small copper piece came from Bologna to Florence in 1708, as a Christmas gift to Grand Prince Ferdinand and it proves the feelings of friendship and intellectual affinity that linked the artist to the Medici Prince, who was one of the most refined collectors of the period.

Going beyond academic conventions, the painter has chosen his home studio as the setting, portraying himself in the midst of his family setting, almost outside the picture, as he leaves the focus on his smiling wife and two small children: the oldest riding a stick and the youngest, holding a rattle and sitting, puzzled, on a cart pulled by his father.

The painting also hides a bold joke and constitutes evidence of professional pride.  In fact, in the centre of the scene, apparently placed in the background, is a canvas on an easel. This canvas has a very small portrait: it is an amusing caricature of Bolognese priest, Silva, shown here on the back of an ass, and who was guilty of refusing to accept a painting of the “Massacre of the Innocents”, subsequently donated by Crespi to the Prince, with great appreciation and a declaration of esteem from this latter.

In the following months, Ferdinando hosted the artist and his family in a favourite villa in Pratolino: a fortunate period of activity that led to the creation of authentic masterpieces, such as The Market, or the Fair of Poggio a Caiano