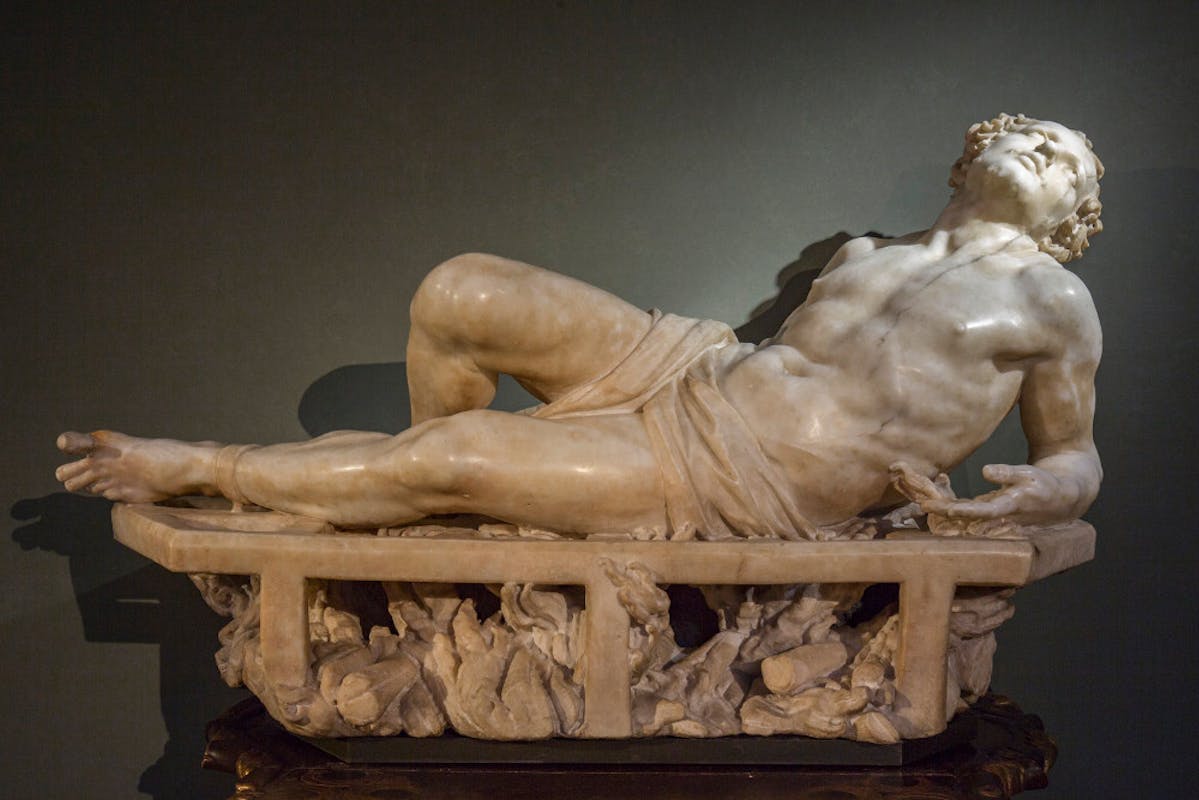 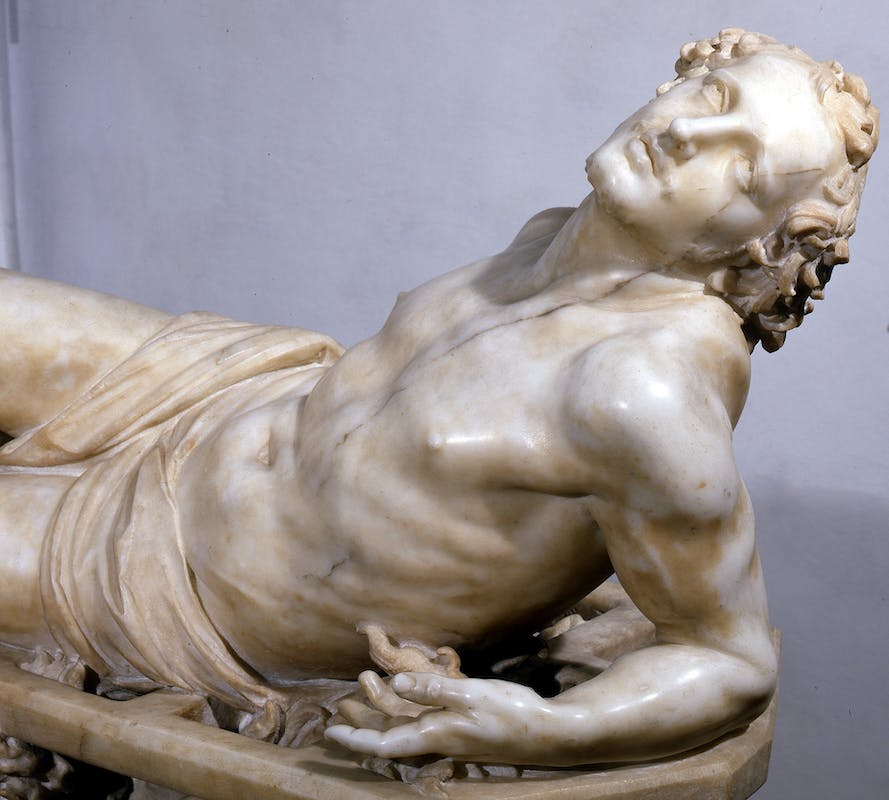 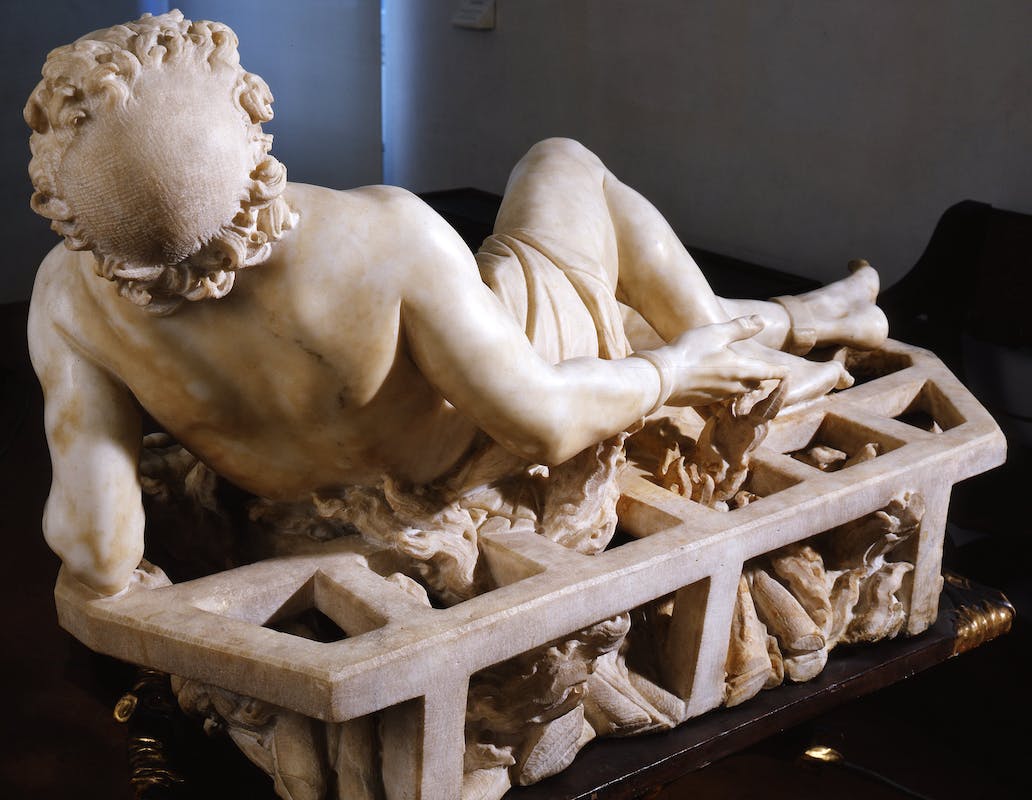 The Saint Lawrence of the Contini Bonacossi Collection is a work by the young Gian Lorenzo Bernini, in which it is possible to glimpse his mature style. It was completed in the same period as the Saint Sebastian of the Thyssen-Bornemisza Collection and the influence of Michelangelo’s work is evident in both sculptures. In particular, in Saint Lawrence Bernini reinterprets the male nudes of the dead Christ in the Pietà in Saint Peter’s Basilica and the River God of Casa Buonarroti in Florence, combining the state of abandonment of the first with the exasperated torsion of the other. Another undeniable model is the figure of Adam in the Creation of Man, on the vault of the Sistine Chapel.

His reference to the figurative culture of the past, together with the technical skill and the focus on the expressions make Bernini one of the protagonists of the Baroque era. In the sculptor’s biography, his son Domenico says that during the realization of this sculpture, in order to depict the saint’s expression of pain on the rack, “he stood bare legged on one leg near smouldering ashes and thus experienced the martyrdom of the saint, while using a mirror and a pencil to draw the painful expression of his face, and observed the various effects that his own flesh underwent as a result of the heat of the flames” (Vita del Cavalier Gio. Lorenzo Bernini, 1713). In fact, the saint’s face, relaxed and looking up, shows how it is possible to transcend pain through contact with God, as will happen in the later female figures of Saint Theresa in the Ecstasy in the Cornaro Chapel in Santa Maria della Vittoria and the Blessed Ludovica Albertoni in San Francesco a Ripa, both in Rome.

At the base of the sculpture is a refined table in carved wood in the shape of a tree wrapped in flames, probably made from a drawing by the sculptor himself.

The Martyrdom of St. Lawrence by Bernini