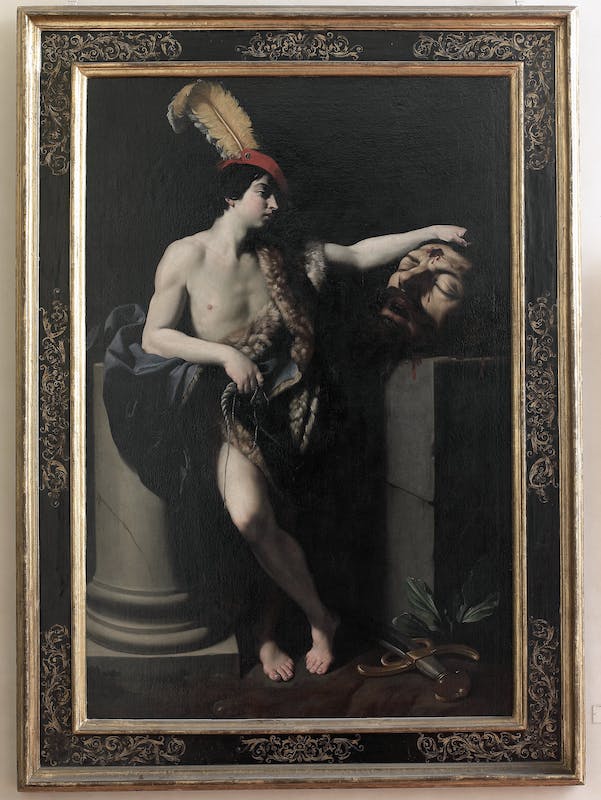 The Bolognese painter Guido Reni, is often acknowledged for having codified a type of ideal, “classic” beauty in the 17th century, centered around the harmony of the proportions and the drawing. This natural inclination towards classicism was the result of his training, inspired by the models of Raphael and filtered through the methods of Bolognese artist Carracci. In fact, at around the age of twenty, Guido, who was already an experienced artist, joined the famous Accademia degli Incamminati, the school of painting founded by Annibale Carracci with his brother Agostino and cousin Ludovico. It was set on recovering the example set by the great Masters of the 16th century and focused on anatomy and life drawing. Throughout his successful career, Guido Reni maintained the light-filled composure and figurative clarity that have often led to his works being set against the naturalism and dark theatrical style of the Caravaggisti.

There was, however, a short period in which, having moved to Rome in the early 17th century, Reni discovered an openness to the tones and methods of Caravaggio, capturing some of the more superficial aspects, such as the strong contrasts of light or the preference for historical scenes linked to bloody episodes.A certain icy coldness permeated his figures which, even in their crudest poses, still preserved elements of melancholy elegance.

This is the case for this David with the Head of Goliath in the Uffizi: a subject that is most certainly in keeping with the repertoire of the Caravaggisti, but is portrayed here with elegant detachment rather than tragic sentiment. David’s pose is that of a dandy, with red feathered hat and his body illuminated by a moonlike light and barely covered by a rich cloak trimmed with fur; the light softly defines his body, while the shadow is propagated from the background. The youth is contemplating the giant severed head of Goliath; the action has already taken place and the drama has already melted into meditation.

The subject of David and Goliath, painted by the ‘sublime Guido’ (as he was called for many years) was a great success: there is a beautiful version in the Louvre and copies can be found in various museums all over Europe.