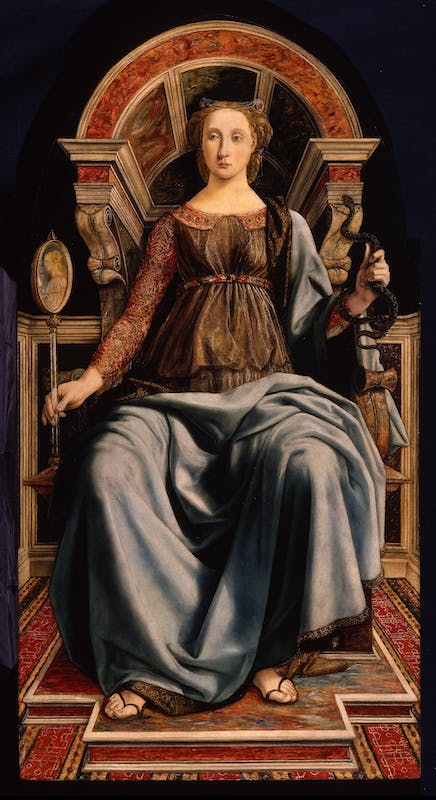 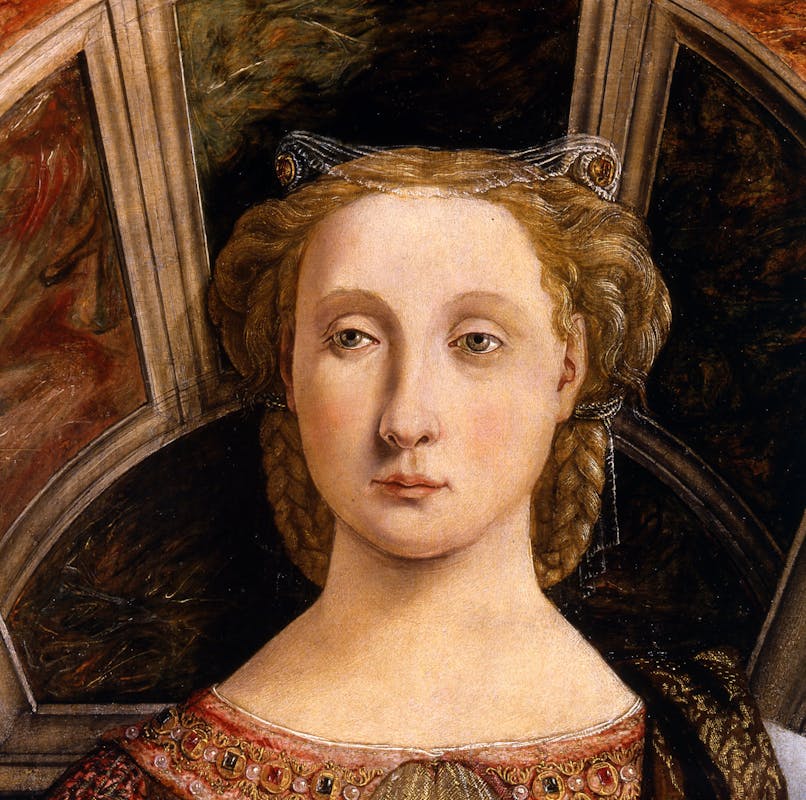 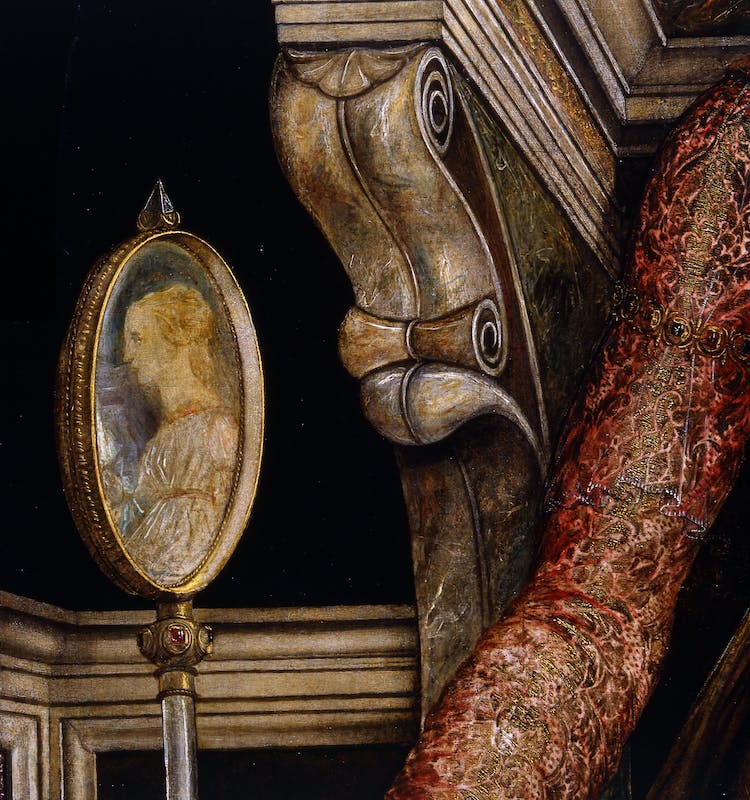 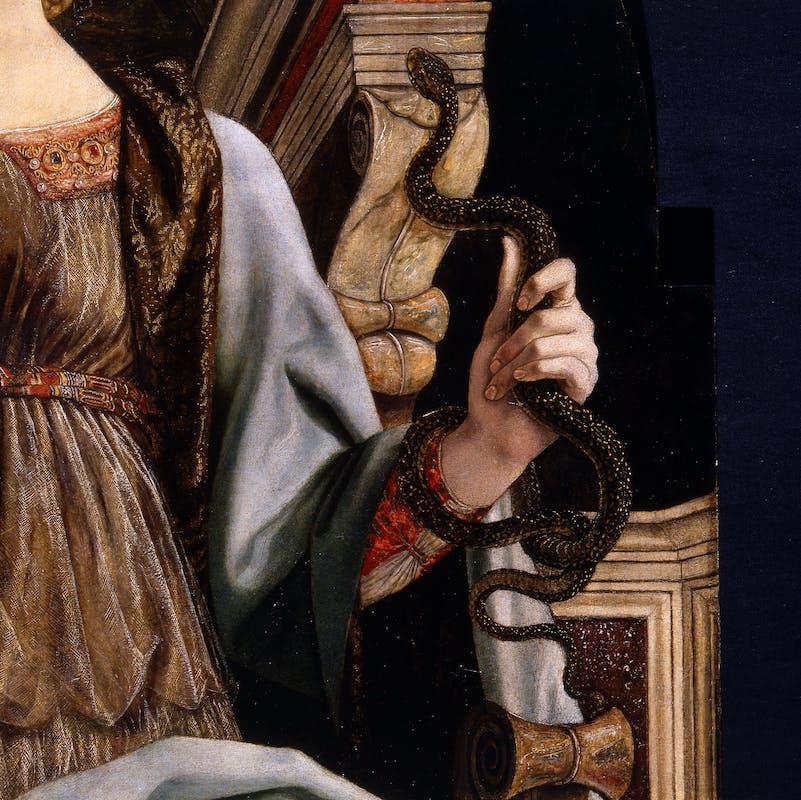 A young woman, seated on a  bench, holds a mirror that reflects her image in one hand and a serpent in the other. This is the personification of Prudence, a virtue that indicates the ability to choose good and to act wisely. The serpent alludes to a passage in the Gospel of Matthew: “Be as prudent as snakes” (Matthew 10, 16), while the mirror is a tool to help knowledge.  This piece is part of a cycle of paintings dedicated to the Virtues and commissioned from Piero del Pollaiolo in 1469. They were painted for the Audience Chamber in the Tribunale di Mercanzia in Piazza della Signoria, Florence. The cycle was completed before March 1472, when a wood merchant was paid to provide a frame that would keep the seven paintings together. Some scholars feel that some of the figures, including Prudence, were painted with the help of Piero’s brother, Antonio del Pallaiolo, a goldsmith, painter and sculptor, who perhaps came to the aid of Piero to speed up the work process.

The support of the painting, as for the other five Virtues painted by  Pollaiolo – Fortitude was painted by Sandro Botticelli - consists of planks in cypress, a wood able to resist the attack of wood-eating insects and damp.