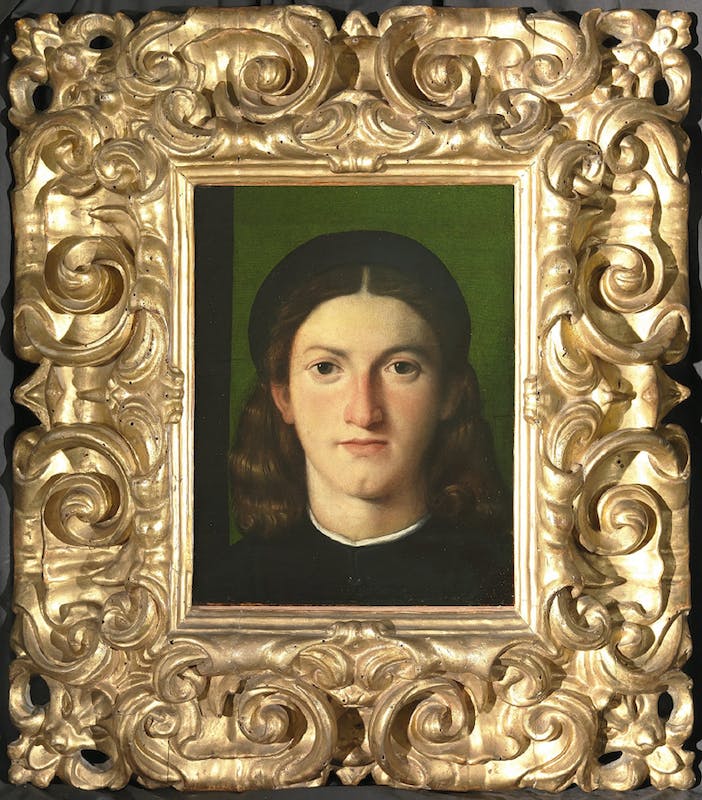 The Portrait of a Young Man comes from the inheritance of Cardinal Leopoldo de’ Medici and was transferred to the Tribuna on the cardinal’s death. It was catalogued in 1704 and attributed to Leonardo da Vinci, as it had been in Leopoldo’s collection. Its prestige was further heightened by the identification of the subject as a “portrait of Raphael”.

The correct attribution - to the young Lorenzo Lotto - dates back to 1910, when the painting was identified as a work from the “Veneto School” in the Gallery’s catalogues.

Scholars have repeatedly stressed its debt to Nordic painting and to the works of Dürer, especially due to the extraordinary psychological intensity of the portrait. It dates back to the period around 1505-1508, or 1509-10, as there is a recognisable classical style, inspired by contact with Raphael during Lotto’s period in Rome.

The existence of a sketch made prior to this  portrait of a young man, showing a three-quarter profile face - as in some portraits by Alvise Vivarini - is recorded in some older radiographic surveys. Similarly derived from the paintings of Vivarini, is the shape of the portrait, shown from the front and very close up, depicted to just under the neck and culminating in an intense wide-eyed gaze that meets the onlooker.

The rigorous volume of the face, enhanced by influence of a clear brightness, formed by subtly modulating the chiaroscuro that lingers until it shows the dimple in the sharp chin, making this painting one of the peaks of quality in Lotto’s younger works