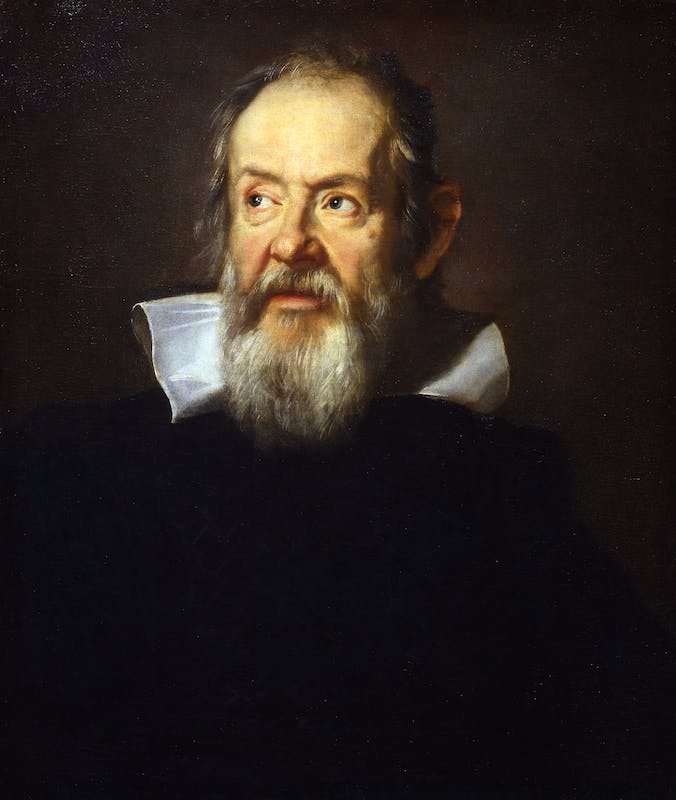 The portrait of Galileo Galilei (1564-1642) is one of Sustermans’ most famous works. It was commissioned by Elia Diodati (1576-1661), a jurist originally from Lucca, who lived between Paris and Geneva, as well as being a great friend of Galileo’s, committed to circulating his writings throughout Europe, and also planning to publish Galileo’s complete works after his death.

The half bust of the figure attracts the viewer's gaze to the pale face of the subject and to his gaze outside the frame, which was both inspired and visionary at the same time. At the time of the painting, Galileo was around 70 years old and had been forced into exile in the countryside just out of Florence, on the hill of Arcetri. The sharp details, from the transparencies of the complexion through to the woolly consistency of the beard and the silky effect of the collar, which stands out white against the academic robes, are all portrayed using a thick, rich painted texture that reflects an impression of 16th-century Venetian painting.

The story of how the painting joined the Medici collections is told by Filippo Baldinucci in an animated page of the Sustermans’ biography, where it is said that after Galileo’s death in 1642, his follower, Vincenzo Villani asked Diodati for news of his master’s portrait, receiving the reply that Diodati had it among his most precious belongings, but that he was willing to give it to Ferdinand II if he had no examples of his portrait. “All this Viviani told to the Grand Duke, who benignly accepted the offer and before long, the painting was sent to Viviani in Florence, who duly presented it to the Grand Duke: and it is the marvelous portrait that today is seen in the Royal Gallery”. Cosimo III then ordered the painting to be displayed in the Tribuna, where it remained throughout the 18th century.