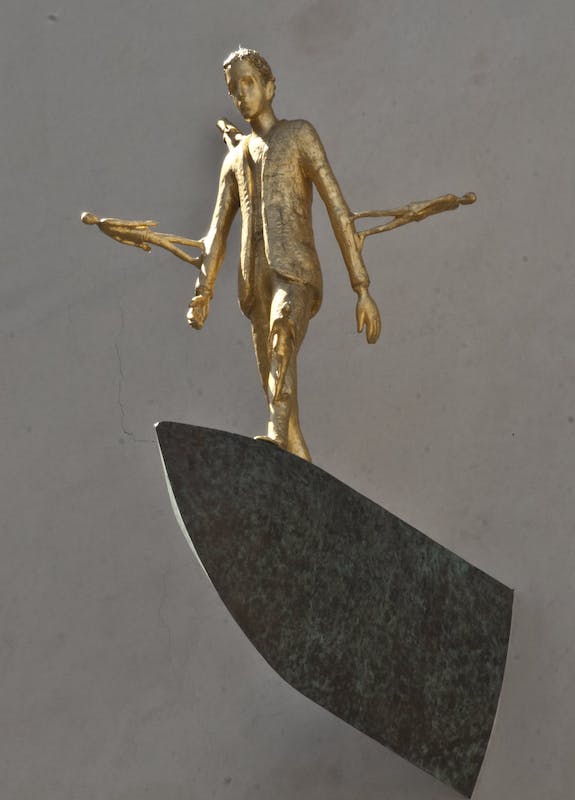 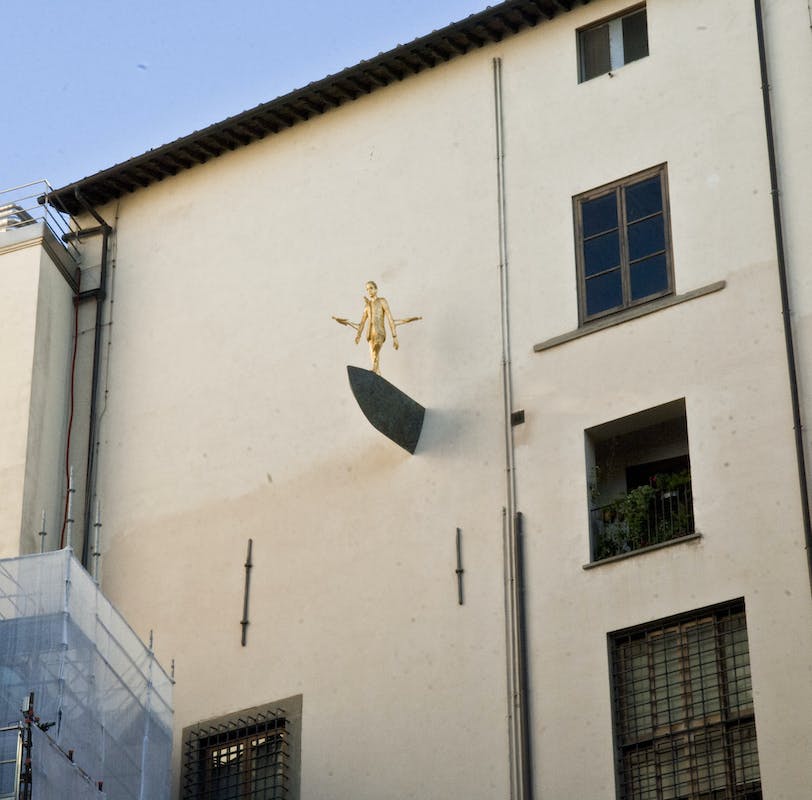 Via dei Georgofili is accessed from the archway on the right side of Piazzale degli Uffizi. Here, on the night of May 27, 1993, the city of Florence was struck by a terrible mafia attack. Five people were killed in the bombing and several people were injured, while huge damage was also inflicted on the surrounding architectural, historic and artistic heritage. To transform this tragic and horrific event into a lesson of hope and life, to mark the twentieth anniversary of the attack in 2013 the Uffizi Galleries commissioned this sculpture from Roberto Barni. Suspended around 20 meters above ground level on the left-hand side of the street looking towards the River Arno, Barni's slender figure, glinting with reflections, is both surprising and enchanting, resembling an angel or ethereal visitor who has just left the Gallery and is striding lightly but decisively while transporting five other figures on its body.

The artist described his work thus: “From the first moment [...] I knew I wanted to create a work that, rather than simply remembering those who are no longer with us, evokes them in life. I imagined a figure able to bring them back among us. A figure suspended above who seems to emanate from this historic location, a place that also sustained wounds. A figure who represents art and its perennial attempt to overcome tragedy in an act of existence. [...] I wanted to use immortal materials such as bronze, but especially gold whose light chases away the shadows. I thought that, on top of a blade that symbolizes death, there should be a figure, like Victory or Nike, who carries the five golden figures along with its decisive stride, remembering these human beings in the fullness of life, in their homes, walking their streets. [...] A figure who symbolizes art, whose wanderings are constantly driven by a desire to continue its journey, who has unexpectedly found itself here on the highest wall of one of the world's most important places under threat from barbarity” (R. Barni, in the leaflet printed to mark the sculpture's unveiling, 2013).