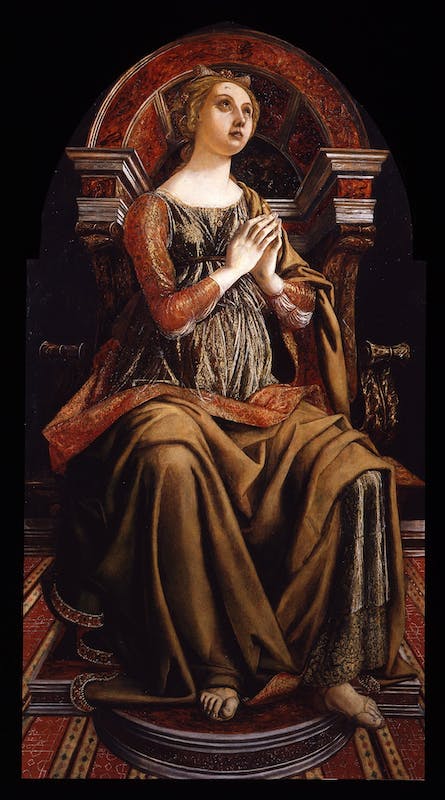 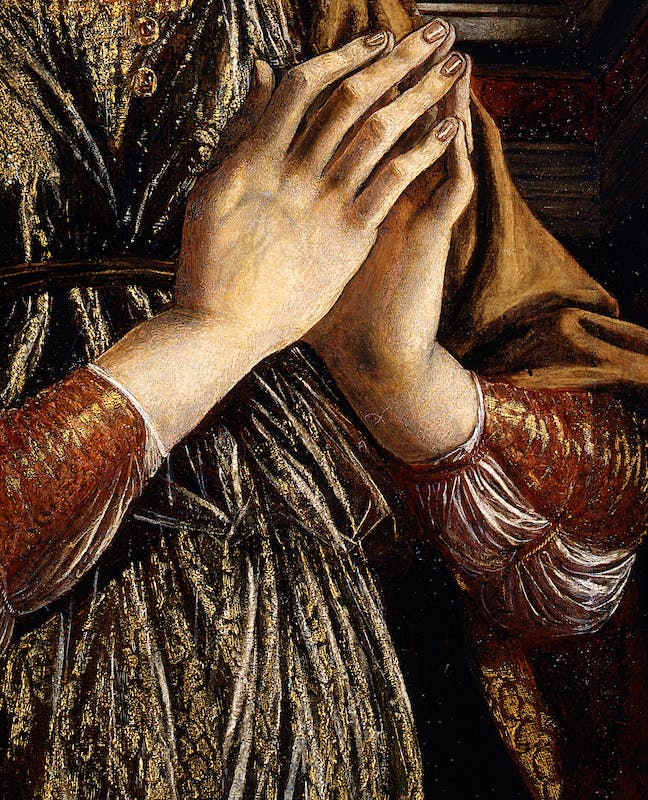 Hope is shown as a young woman dressed in green, looking up to the heavens, in prayer. Unlike the other Virtues in the seven paintings (Faith, Charity, Prudence, Temperance, Fortitude, and Justice), it has no other attributes except for the ecstatic face of the woman, giving herself up to God, which is sufficiently explanatory.

This piece is part of a cycle of paintings dedicated to the Virtues and commissioned from Piero del Pollaiolo in 1469. They were painted for the Audience Chamber in the Tribunale di Mercanzia in Piazza della Signoria, Florence. The cycle was completed before March 1472, when a wood merchant was paid to provide a frame that would keep the seven paintings together.