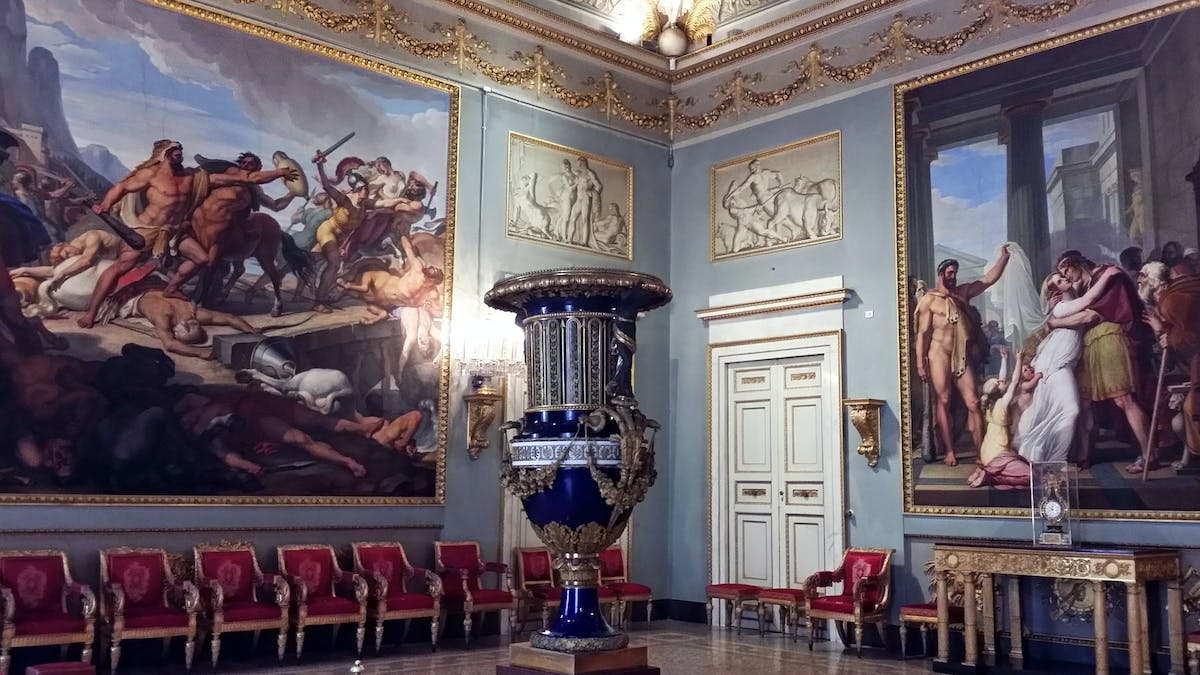 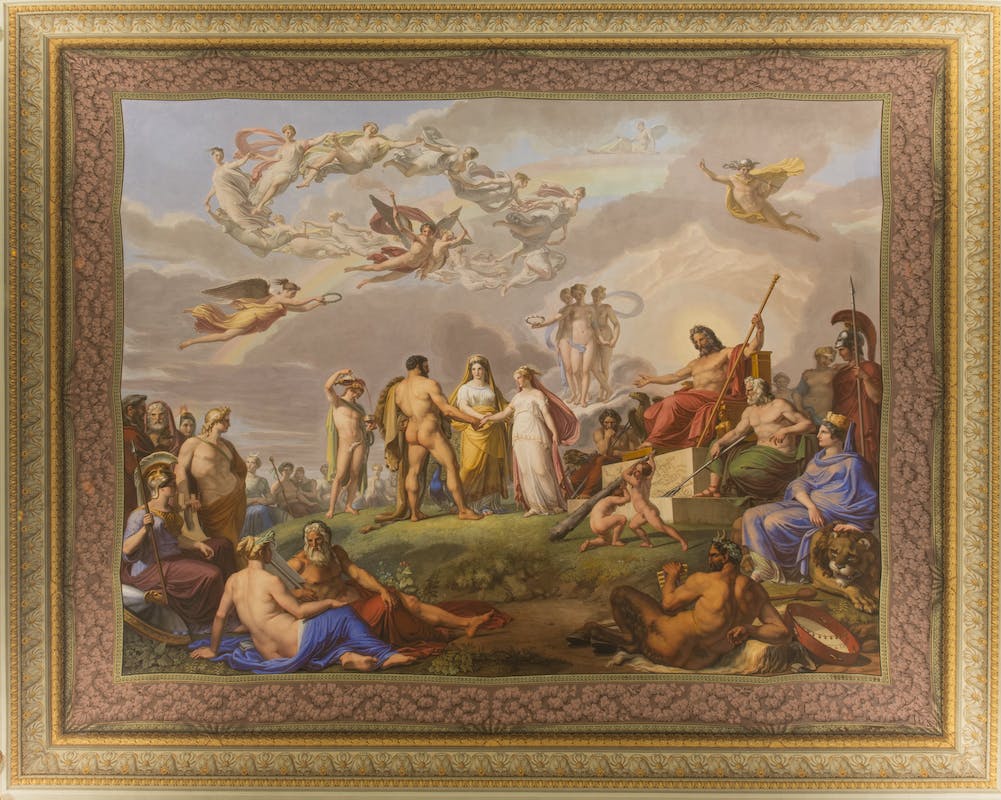 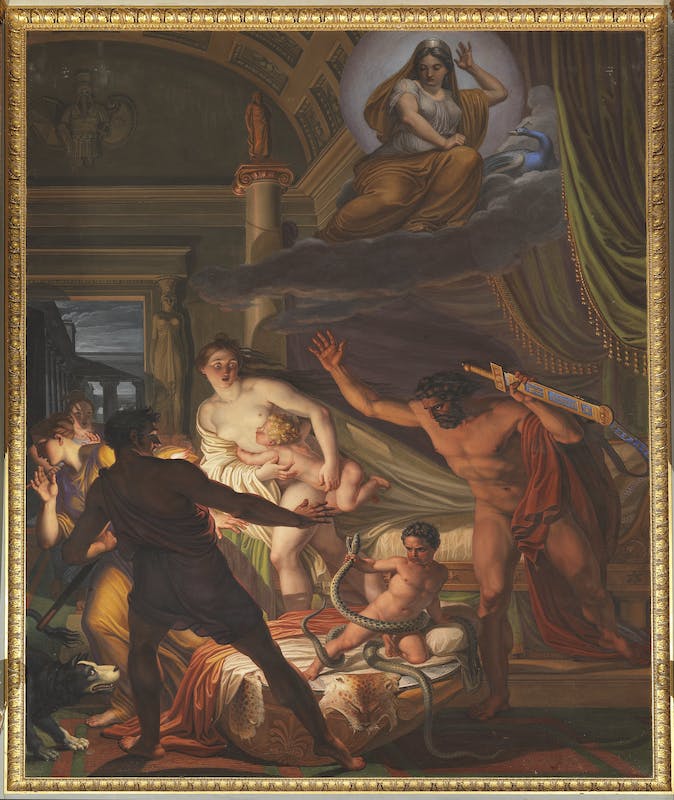 During the Medici era, this room was known as the Salotto della Guardia Tedesca, the German guard room, and was part of the private quarters of the Grand Duchess of Medici who occupied the palace’s left wing. In the early nineteenth century, Elisa Baciocchi, sister of Napoleon Bonaparte, who named her Grand Duchess of Tuscany, decided to transform the space into a reception room and between 1811 and 1813 entrusted its architectural renovation to Giuseppe Cacialli. At the fall of Napoleonic rule, the decorative project continued under Ferdinando III di Lorena who, after retaking the throne of Tuscany in 1817, wished to confirm the artists chosen by Elisa Baciocchi and entrusted the court artist Pietro Benvenuti with the ambitious cycle of paintings dedicated to The stories and endeavors of Hercules. The decoration is subdivided into four large framed paintings on the walls - with Hercules at the crossroads, Hercules strangles the serpents, Hercules leading Alcesti to Admeto and the Battle of Hercules and the Centaurs - and ten monochrome frescoes below the vault featuring the Marriage of Hercules and Hebe fresco.

The iconographic narrative is based on the legend of Hercules, well-suited to celebrating the ruling family as per the Medici tradition, as well as the figure of Ferdinando III di Lorena who was known throughout his rule as a bringer of peace and prosperity.

The room represents one of the highest points of international neoclassicism, firstly for the grandeur of the compositions, for which Benvenuti generated an extensive corpus of drawings, sketches and drafts, and secondly for the imposing three-dimensionality of the figures inspired by the sculptures of Antonio Canova, immersed in the sublime colors of sixteenth century Venetian painters.