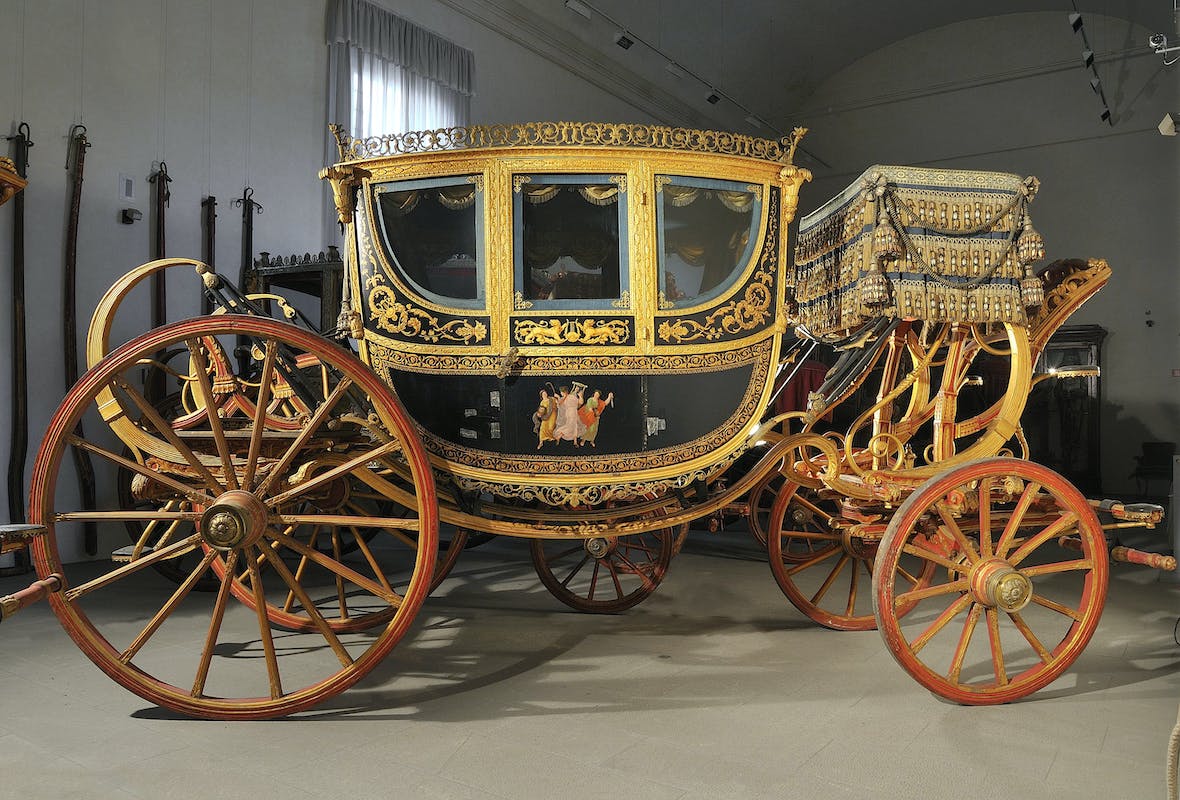 This Grand Gala Berlin was the first in a series of five Berlin carriages made for Ferdinand III and dates back to 1817. The doors, back and front of the coach are decorated with portraits of members of the Medici and Lorraine families. Depicted in carriages, Lorenzo the Magnificent, Cosimo I and Cosimo II de’ Medici appear alongside personages from their periods: Agnolo Poliziano, Giorgio Vasari and Galileo Galilei, while the allegories of Abundance and Trade are associated with Grand Duke of Tuscany Peter Leopold. After the Congress of Vienna (1814-1815), which restored the European monarchs deposed by Napoleon, this choice of iconography was intended to stress the cultural, political and historic continuity of the two grand ducal dynasties, wiping away the memory of the Kingdom of Etruria, founded under Bonaparte.

It was an efficient means to give full, widespread visibility to this momentous shift, given that the processional carriages used by the grand duke and his court were brought out on solemn occasions to parade through the streets of  Florence city centre. As usual, due to the complexity of the carriages, a whole series of specialist artists and artisans worked on each one. Painter Antonio Marini, carver Paolo Sani (also responsible in the same period for making important pieces of furniture and tables for Pitti Palace),  the Podestà company (suppliers of velvets and upholstery), as well as bronze workers, gilders, a painter, a glazer, a box maker and, of course, a carriage maker worked under the supervision of Florentine trunk makers Busi and Dani.