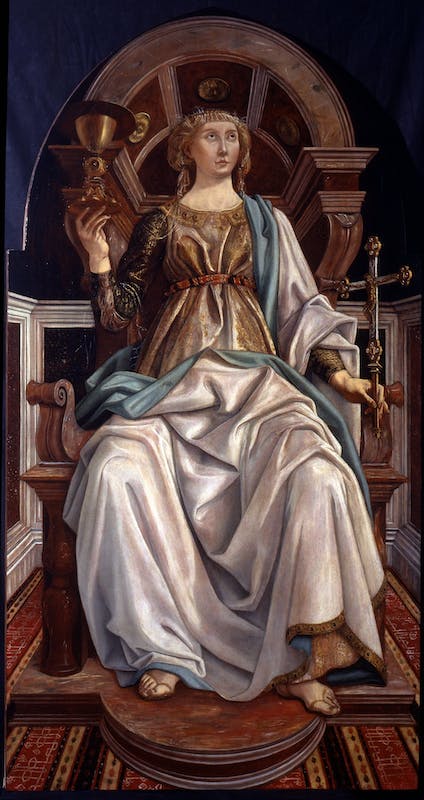 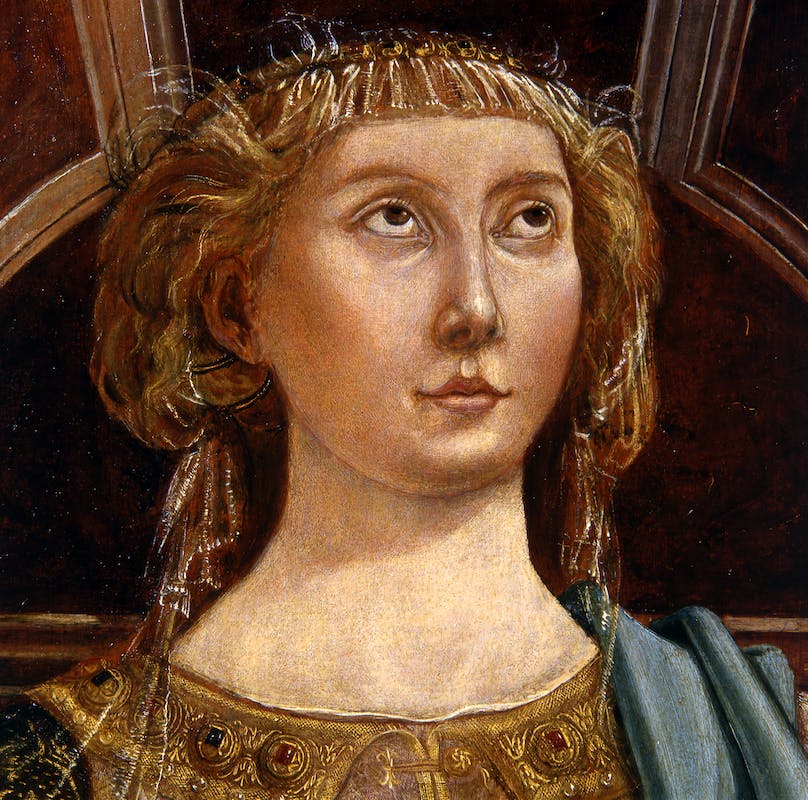 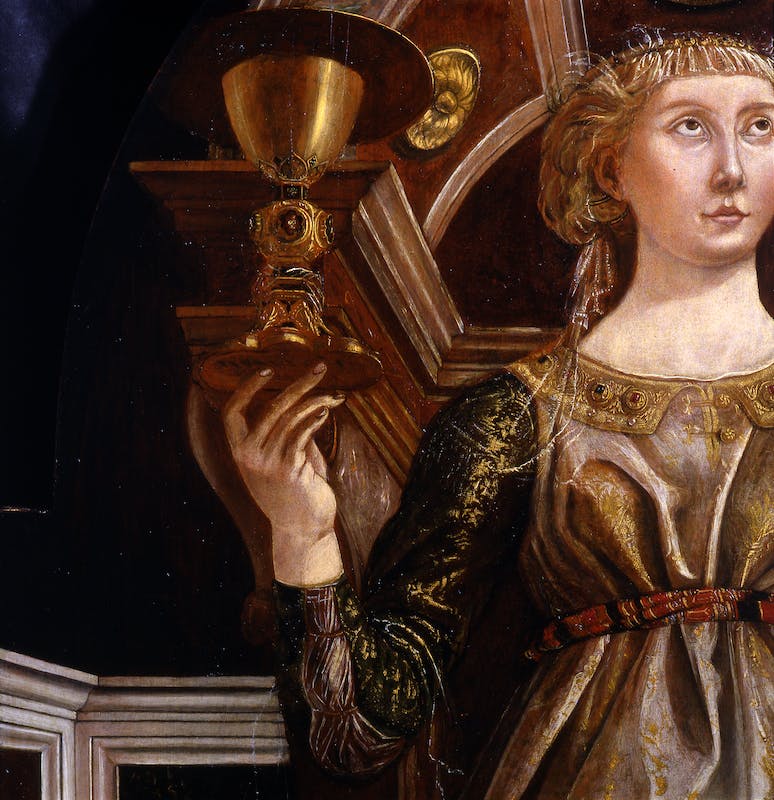 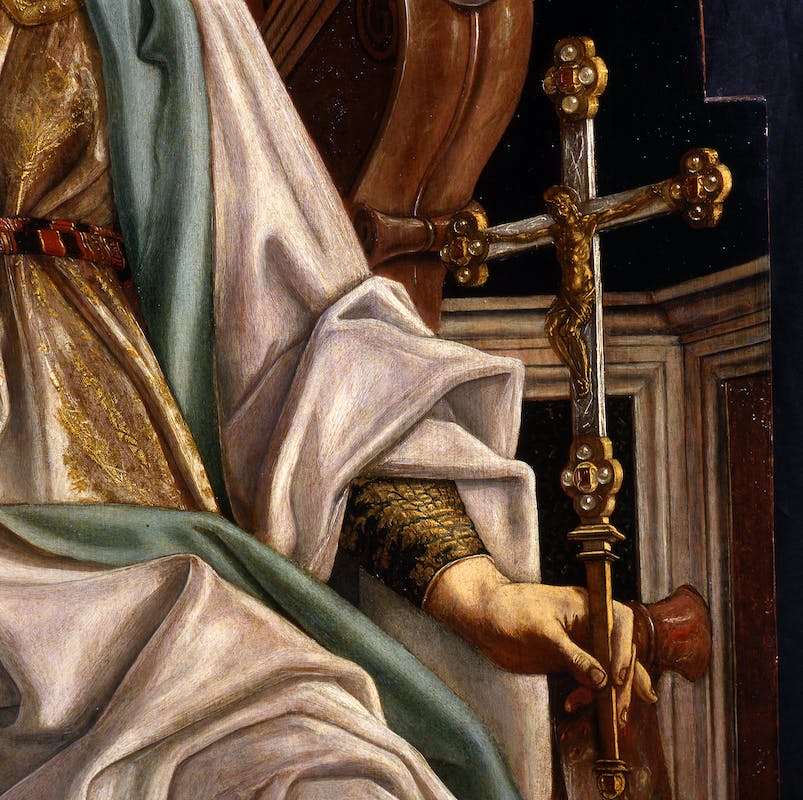 Faith is personified as a young woman, captured as she looks up to the heavens, holding the calyx of the eucharist in her right hand, covered by the paten, while the processional cross is in her left.  This piece is part of a cycle of paintings dedicated to the Virtues and commissioned from Piero del Pollaiolo in 1469. They were painted for the Audience Chamber in the Tribunale di Mercanzia in Piazza della Signoria, Florence. This panel, together with the Temperance, was painted before summer of 1470, partly fulfilling the contract that obliged the painter to provide two panels with the Virtues every three months, starting from 1 January 1470, for a payment of 20 florins for each one. The Collection of Prints and Drawings at the Uffizi contains the perforated paper used by the artist to transfer the drawing of the Virtue’s head on the panel (inv. 14506 F).

In this work too, Piero del Pollaiolo shows extraordinary virtuosity in depicting the gold jewellery, inspired by the most elegant, precious ecclesiastical ornaments in use in the 15th century.