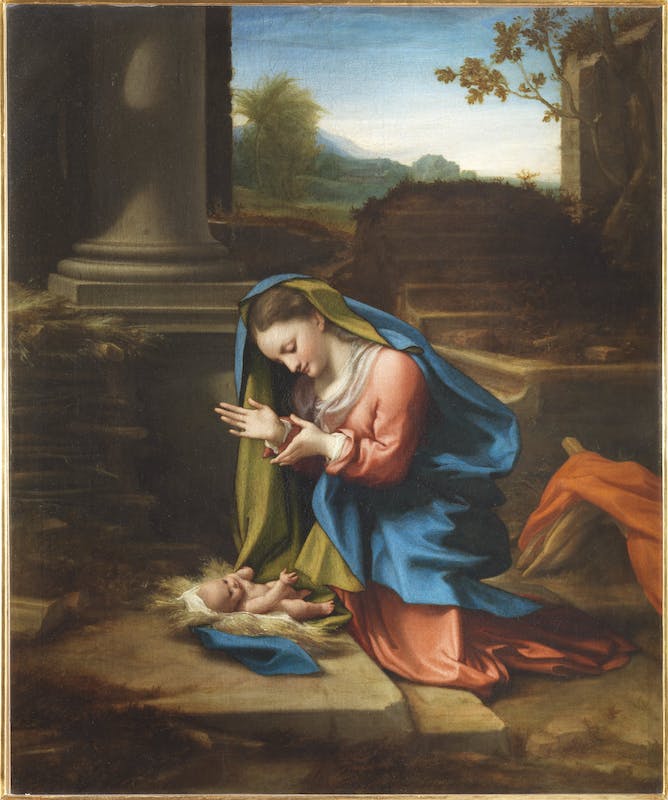 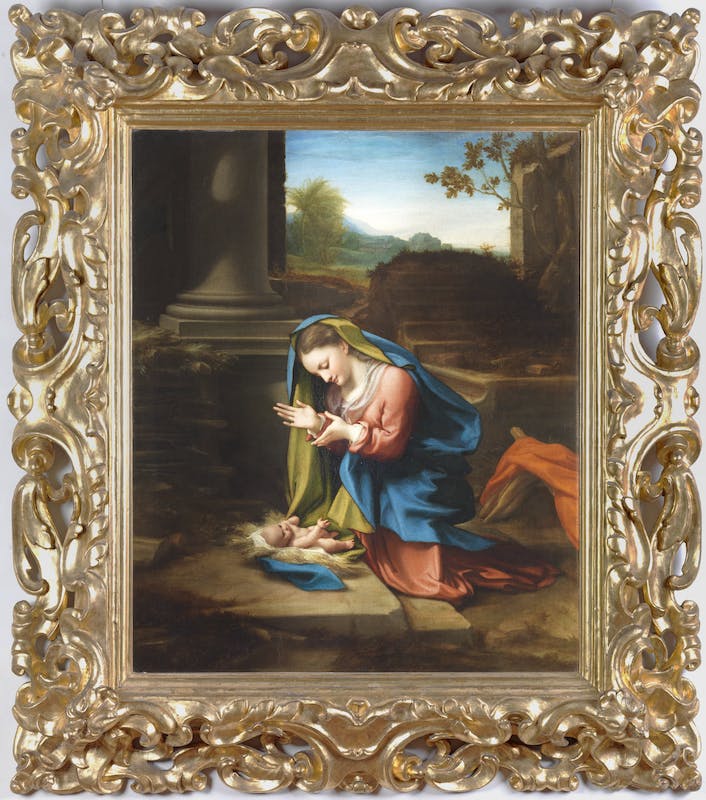 Antonio Allegri, known as Correggio, named after his birth town, can be considered the leading figure of the renewal of early 16th century Emilian painting. Having started out in the Mantuan scene, where he had the opportunity to study illusionism based on perspective and the recovery of Mantegna’s classicism, he enhanced his expertise by learning Da Vinci’s sfumato and the Venetian tonalismo techniques. The result was a fresh, vibrant style of painting, focused on expressing the tenderness of personal relationships, and capable of winning the beholder over with its likeable spontaneous characters and precious, delicate colours.

The provenance of this painting is unknown, but we do know that the Duke of Mantua, Ferdinando Gonzaga, chose it as a gift for the Grand Duke Cosimo II de’Medici so it was definitely considered one of the painter’s masterpieces. The work came to the Uffizi in 1617 and was located in the Tribuna, where it remained until 1848. In the famous view of the ‘Tribuna of the Uffizi’ painted in 1772 by English artist Johan Zoffany, the work occupies a prominent position alongside Raphael’s ‘Madonna of the Chair’.

The subject of the painting had been quite popular in the 15th century through the works of Filippo and Filippino Lippi, who had painted several versions of it. The iconography is inspired by the vision of the birth of Christ experienced by St Bridget of Sweden in Bethlehem in 1372. In her Revelations, the saint relates that” the Virgin then took off her shoes […] knelt with great reverence as if in prayer, with her hands stretched out in front of her and, then and there, in a moment and the twinkling of an eye, she gave birth to a Son. The newborn child suddenly appeared on the ground radiating an ineffable light. When the Virgin realised that she had given birth, she said to the Child: “Welcome, my God, my Lord, and my Son!” In the clear, esoteric dawn atmosphere, a beautiful, sweet Virgin kneels in front of the newborn Child, gazing at him with tenderness. The Child is returning his mother’s gaze, reaching out his tiny hand, as babies do, as he tries to grab her robe. The intimate bond between mother and child is emphasised by the fact that the baby has been set down on a piece of his mother’s robe.