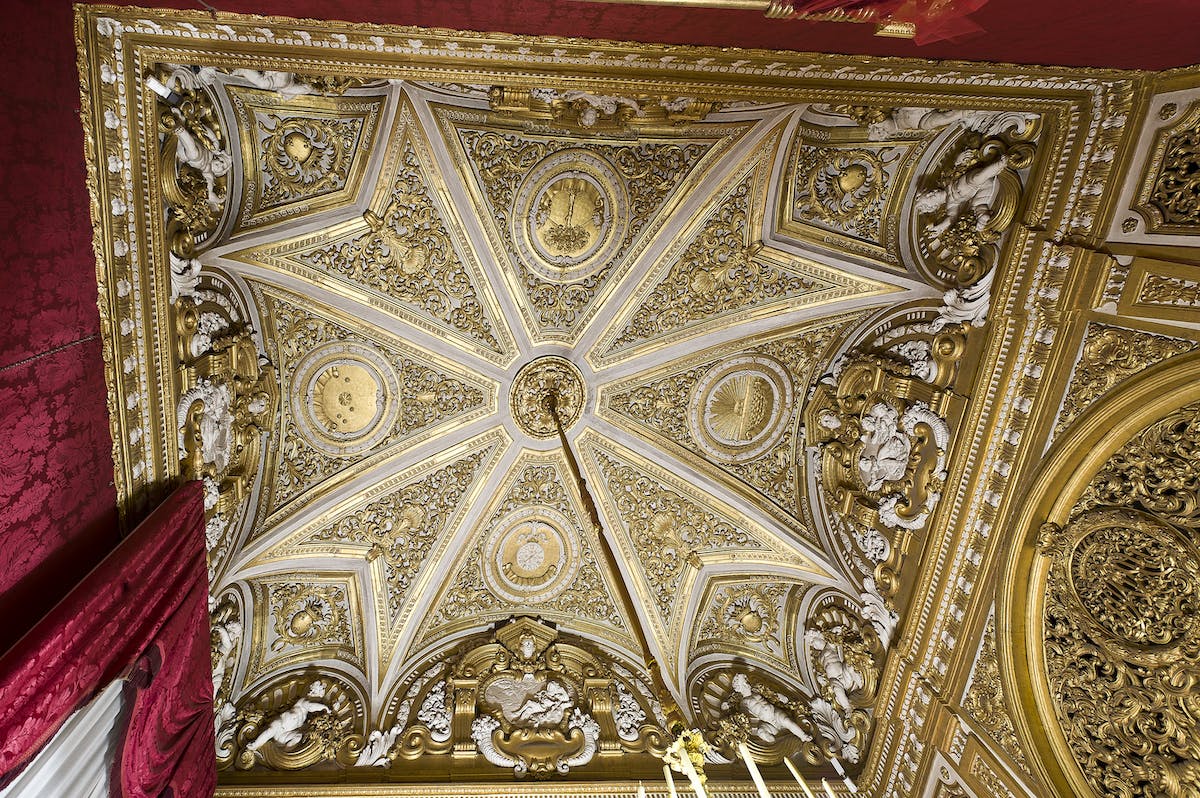 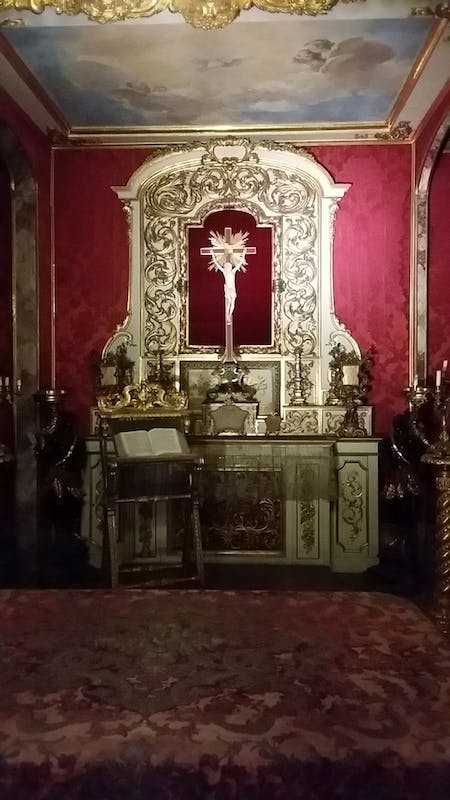 The Chapel of the Imperial and Royal Apartments of Pitti Palace shows the most obvious traces of the Medici story in the palace. The Grand Prince Ferdinando de’Medici, who lived there until 1713, had intended this space to be an alcove, or rather, an official bedroom, designed to receive a small group of people, while the real bedroom for sleeping was two doors further on. In the compartment for the bed, there is still a door that leads, by way of a spiral staircase, into a small library, closed by panels and cornices in different types of wood, decorated with plant motifs by French inlayer, Riccardo Lebrun. The area is mainly late Baroque in style, enhanced by a crimson silk damask ensemble which, although dating back to the mid 19th century, picks up on the designs and motifs in use in the previous century, establishing a seamless dialog with the articulate decorations in white stucco and gold, carried out between 1685 and 1687 from designs by Giovan Battista Foggini, with scrolls and mottoes referring to Ferdinando and his wife, Violante of Baviera.

The alcove was converted to a chapel with the arrival of the Grand Dukes of Lorraine. Today, this area contains a mix of holy works and other highly crafted pieces that is beautifully represented in the pairing of the Virgin and Child by Carlo Dolci, painted in 1675 for Vittoria della Rovere, widow of Ferdinando II de’ Medici, and its sumptuous pietre dure frame, probably created from designs by Foggini on the occasion of the wedding of Prince Gian Gastone in 1697. Other holy paintings shown here include two round works from the school of Botticelli and a 17th-century copy of Leonardo’s Virgin on the Rocks, of note above all for its Baroque frame

During Savoy rule, with the aim of providing a seamless sequence of representation rooms, the furnishings were updated, including the table, mirror, vases and clock, cushioning the echoes of Medici- style and the accents that were probably considered too severe.