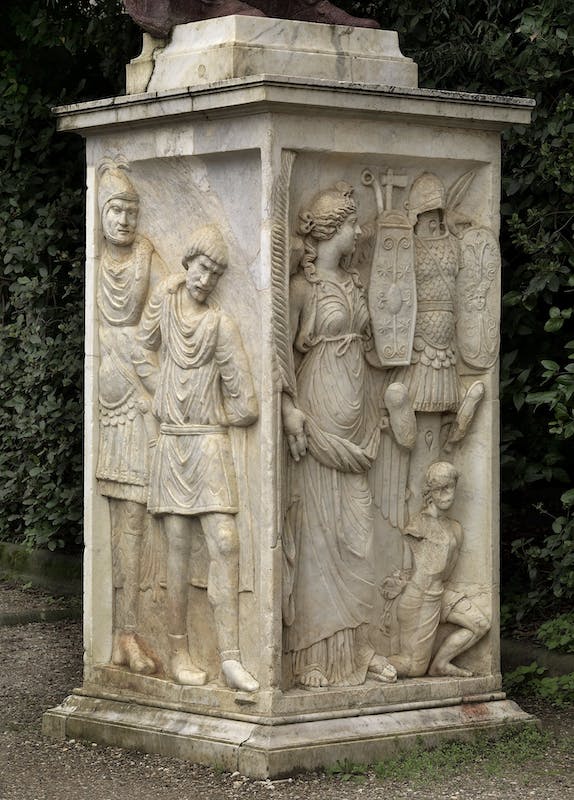 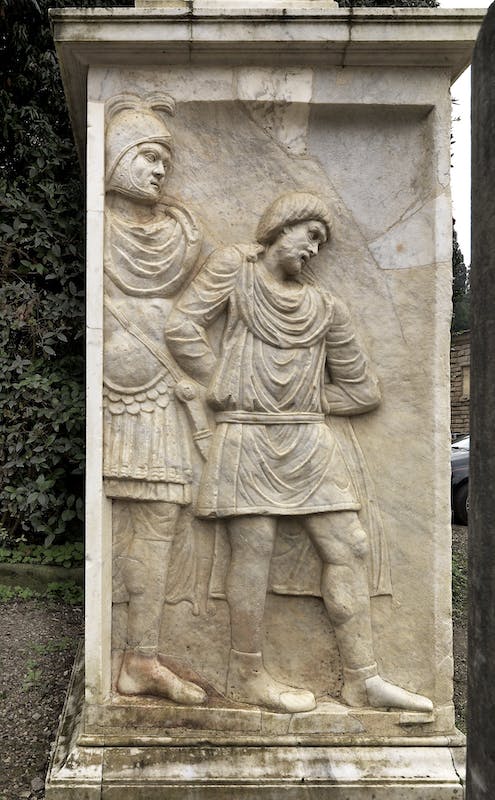 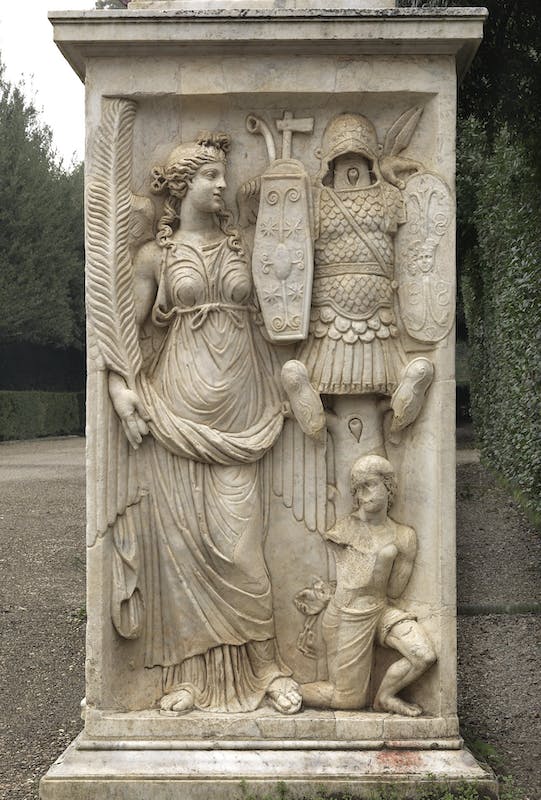 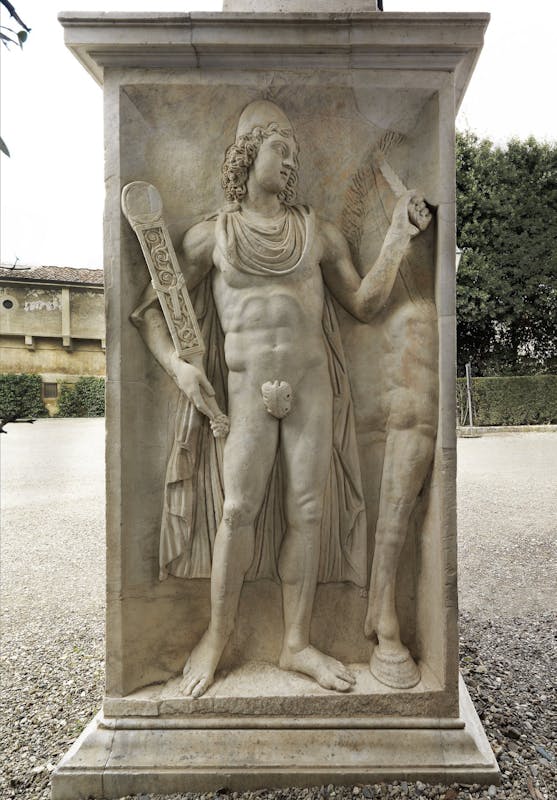 This base, like the one next to it, was part of a triumphal arch datable to the middle of the 3rd century, erected on the Via Lata in Rome (today's Via del Corso). The ancient structure was demolished in 1491 for the enlargement of the adjacent church of Santa Maria in Via Lata. The reliefs were found in 1523 and passed into the Della Valle collection, before being acquired by Ferdinando de' Medici in the second half of the 16th century. It is a base with historiated reliefs, consisting of four sides of which only three are decorated:

-side A: the female figure represents the personification of Victory. In fact, all the iconographic characteristics are present, such as the wings, the palm leaf held in the right hand and the windswept robe. With her head portrayed to the side, Victory looks at the trophy characterised by an armour placed between two shields, javelins, an axe and a wind instrument. Below, on the left, we find a barbarian prisoner with his wrists still bound by a chain and bare-chested.

-side B: this is a Dioscuro standing with his head turned to the left. He wears a cap (pileus) from which finely sculpted locks of hair emerge. He wears a chlamys that falls softly over his shoulders and covers his whole torso; with his left hand he holds an insignia, while with his right he holds the bit of the horse, of which only the mane and the right foreleg are visible. All these features are typical of the iconography of the Dioscuri, who, according to mythology, used to appear to armies before a battle, deciding their victory.

-side C: the relief depicts a barbarian prisoner being led by a Roman soldier, visible only in part as a portion of the decoration has been cut off. The barbarian has his arms tied behind his back and is depicted with his head and legs in profile; he wears a robe with very wide sleeves and a chlamys that falls to the back of the body. The soldier wears a breastplate partially covered by a cloak and a helmet.