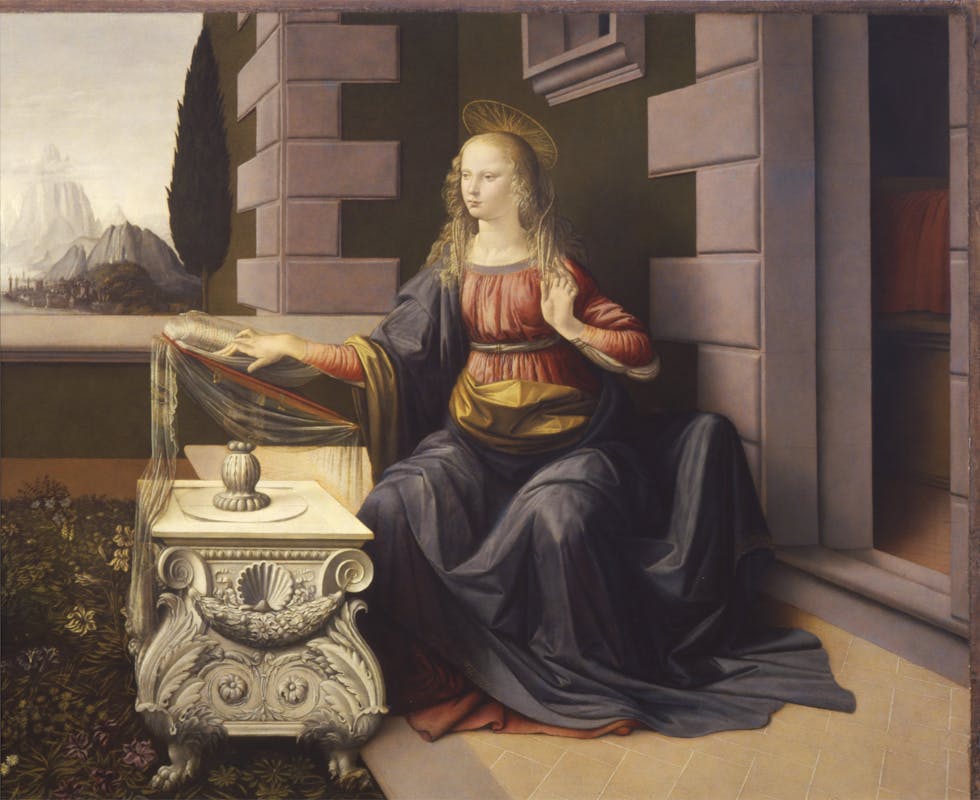 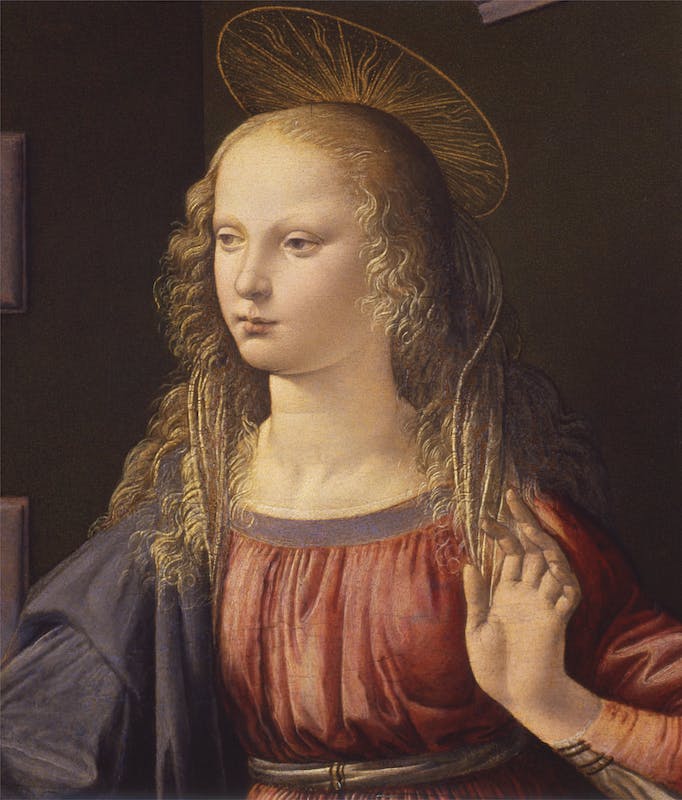 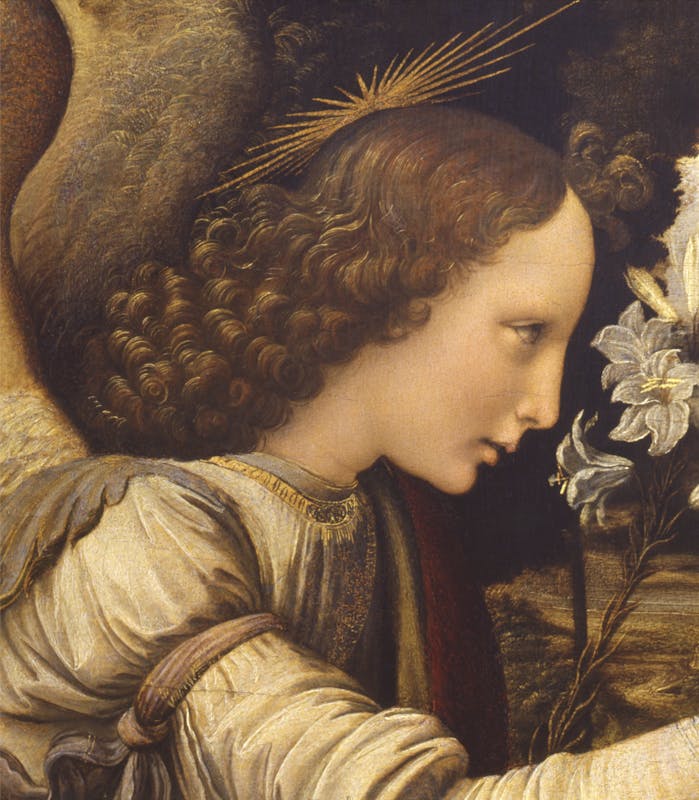 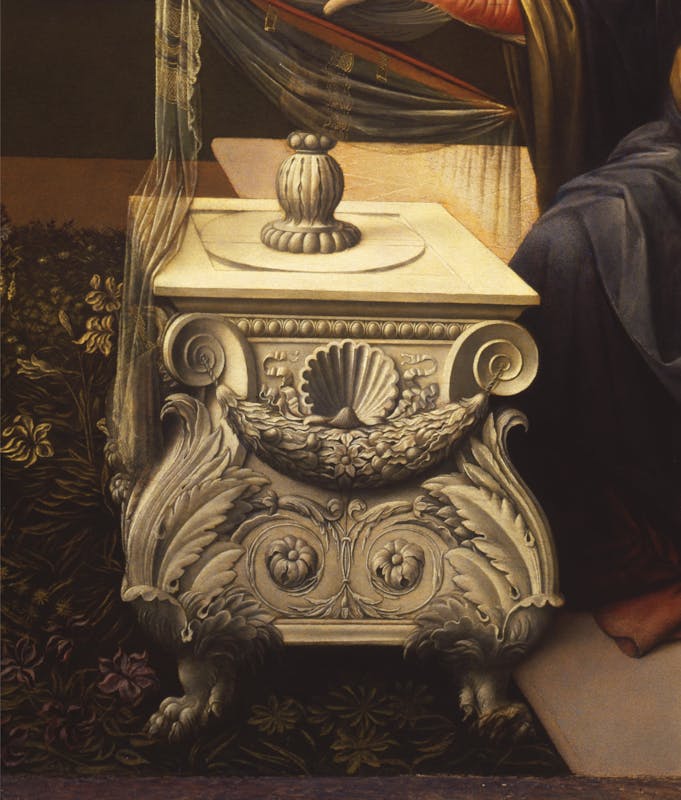 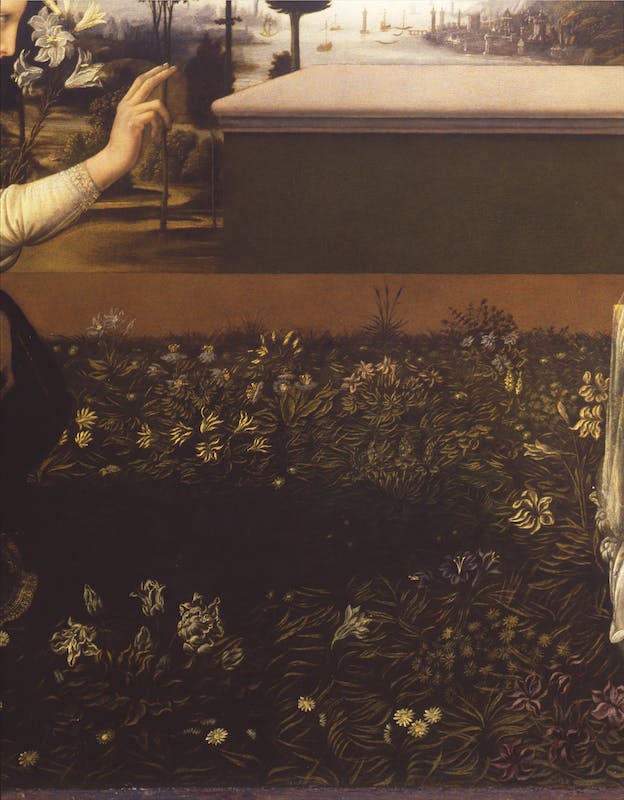 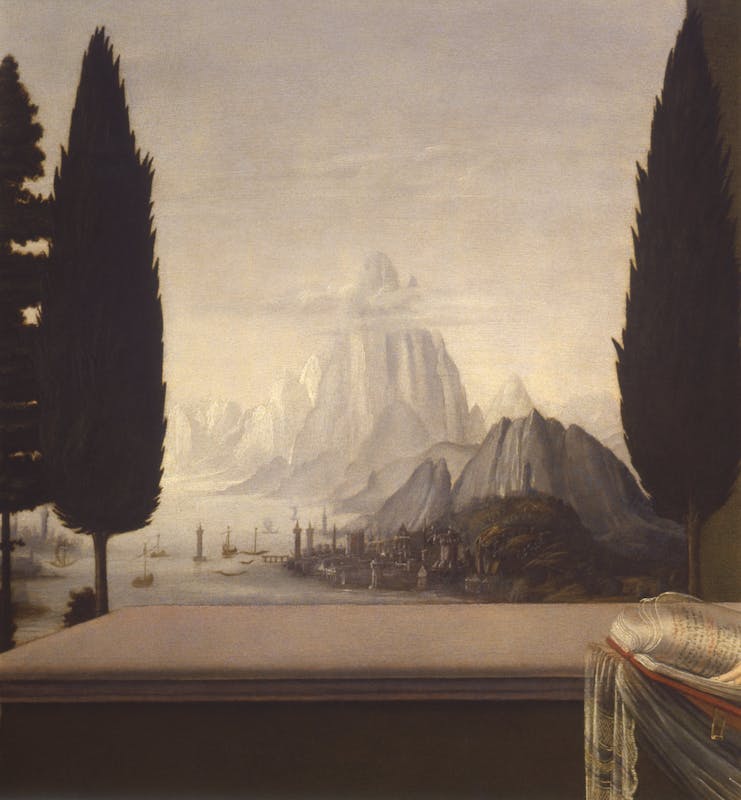 A flourishing enclosed garden, in front of a Renaissance palace, evokes the hortus conclusus that alludes to the purity of Mary. Archangel Gabriel kneels before the Virgin, proffering a lily. The Virgin responds from her dignified seat, behind a lectern, at which she was reading. The traditional religious theme has been set by Leonardo in an earthly, natural setting. The angel has a solid corporeity, suggested by his shadow on the grass, and the folds of his clothing, which would seem to show studies from real life. His wings too are based on those of a mighty bird of prey. An extraordinary crepuscular light shapes the forms, brings the scene together, and emphasises the dark tree shapes in the distant background, dominated by the blended colours much loved by the artist. The architectural features are drawn according to the rules of perspective, with a central vanishing point. Some anomalies can be found in the figure of the Virgin, whose right arm appears too long – perhaps a reflection of Leonardo’s early research into optics, which would have taken into account a lateral viewpoint (from the right) – and lowered, due to the original location of the painting, over a side altar in a church.

The painting was brought to the Uffizi in 1867 from the church of San Bartolomeo a Monteoliveto, outside Porta San Frediano in Florence; nothing is known about its original location or who commissioned it. The Annunciation is generally considered to be one of Leonardo’s youthful works, painted when he was still working in the studio of Andrea del Verrocchio. It copies an invention of Verrocchio’s, the shape of the lectern, inspired by the tomb of Piero the Gouty in the church of San Lorenzo, Florence.

The traditional religious theme has been set by Leonardo in an earthly, natural setting . A flourishing enclosed garden, in front of a Renaissance ... 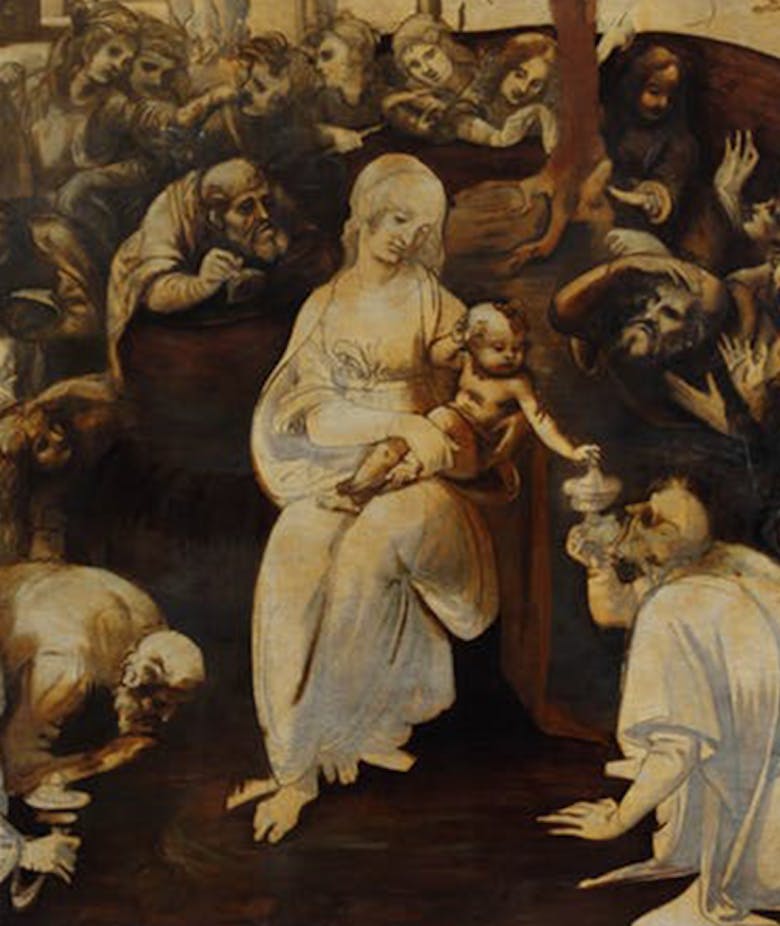 Adoration of the Magi (San Donato in Scopeto)