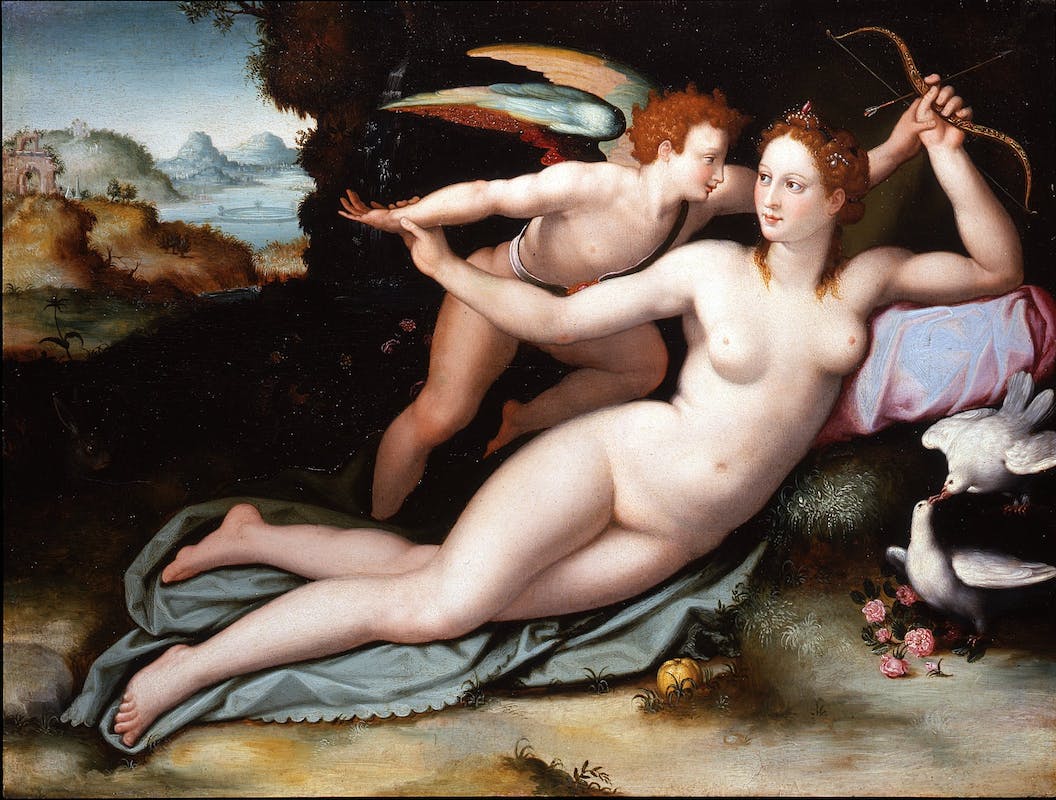 Critics largely agree that this small painting was commissioned by Francesco I to celebrate his love for Bianca Cappello. And, in line with this theory, and with the stylistic analysis of the work, it can be dated to the early 1570s.  At the time, Alessandro Allori was working for Alamanno Salviati, in whose collections he had the possibility to study Bronzino’s painting depicting Venus, Cupid and a satyr (today preserved in the Colonna gallery in Rome) and the version of Venus and Cupid by Michele Tosini, inspired by a famous cartoon of Michelangelo’s.

From his teacher, Allori copied the pose of the goddess, who is sensually lying in a meadow, whereas the cartoon by Michelangelo inspired the amorous quarrel between Venus and the young Cupid, who is willingly allowing the goddess to disarm him, and returning her complicit, flirtatious gaze.  Many details, allusions to idyllic love, enrich the composition: two doves, sacred animals for Venus, are touching beaks in a symbolic act of union; the rabbit crouched in the grass recalls fertility, the red roses express eternal love.  A peaceful lakeside landscape in the background completes the scene. The result is a work permeated by a sophisticated sensuality that would undoubtedly have met with its learned commissioner’s approval and was a statement of his great fortune: in fact, Allori then created no less than four versions of the subject, all large in size.