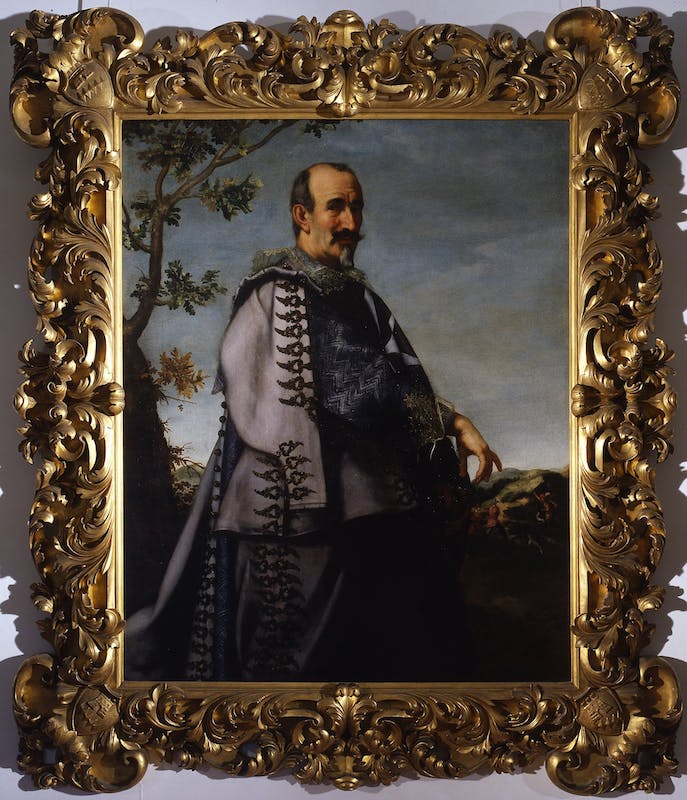 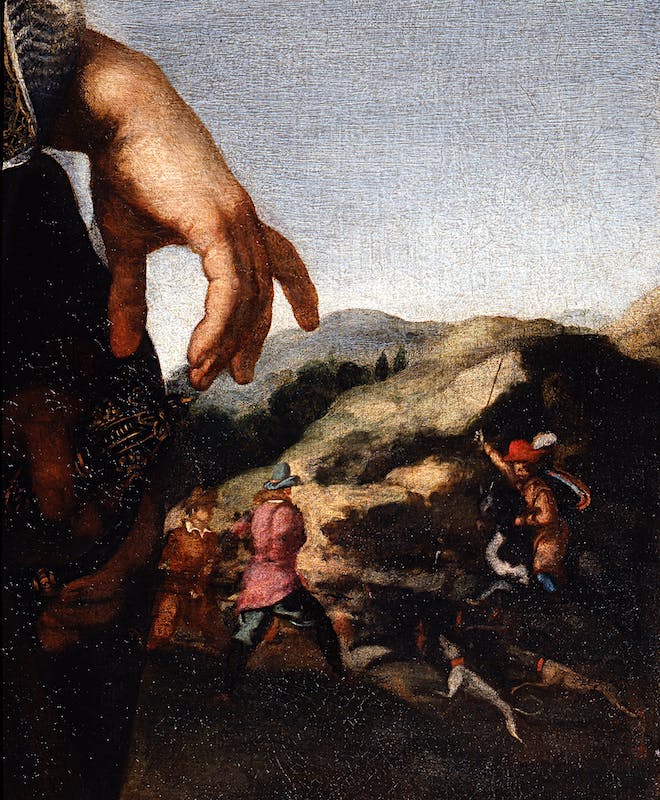 Ainolfo de’ Bardi, Knight of St John of Jerusalem, was “chamberlain” to Cosimo II and Ferdinand II, or rather their direct collaborator for issues that the Grand Duke oversaw personally. Ainolfo was the son of Giovanni, founder of the Camerata de’ Bardi, a group of noblemen who since the 1570s, would meet to discuss music and poetry, also promoting the creation of a new genre of melodrama.

He is shown in this painting with a three-quarter pose, looking at the onlooker, while showing off his elegant official clothes and the cross on his chest to indicate his ranking as a knight of Malta. He is shown against a countryside backdrop and with his right hand, he seems to be pointing to the group of men in the back, intent on their hunt.

The inscription on the back of the canvas, Carlo Dolci puts his age as 16- 1632 placing the canvas among the earliest works by the painter, together with his Portrait of Stefano della Bella in the Palatine Gallery. These dates place Dolci quite close to the style of his teachers, from Jacopo Vignali to Empoli, but he already shows an extraordinary capacity for psychological penetration and naturalism in his light and colour effects that will reach full maturation in his works over the following decades.