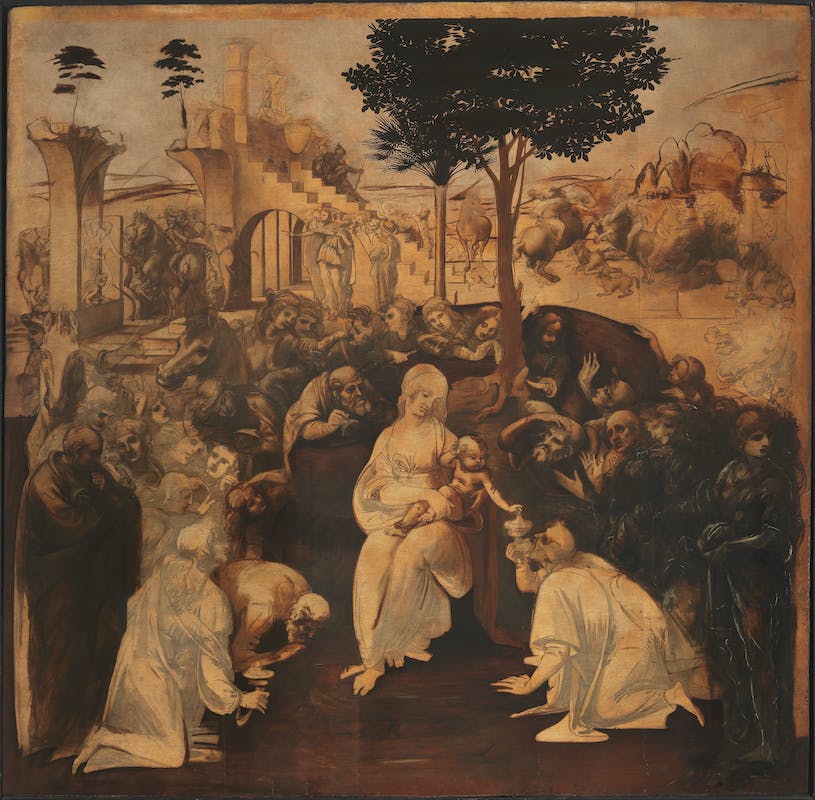 Adoration of the Magi San Donato in Scopeto

A document from July 1481 states that Leonardo da Vinci had received a commission from the Augustinian monks to paint a panel for the high altar in the church of San Donato in Scopeto, outside Florence’s city walls. The painting, which Leonardo undertook to finish within 30 months, had the Adoration of the Magi as its subject, i.e., the celebration of the feast of the Epiphany when, according to St Augustine, all people respond to the call of Christ. For this subject, Leonardo studied an extremely complex composition, rich with figures, set out in a semi-circle, with the Virgin and Child as the focus. In the foreground, the kneeling Magi offer their gifts of gold, frankincense and myrrh to Jesus. Leonardo has painted a background with ruined buildings and clashes between knights on horseback, while on the left, we can see work on a building, perhaps a temple, with in the foreground, two flights of stairs, like the presbytery of several Mediaeval churches (San Miniato al Monte in Florence, for example). The temple, which alludes to peace, contrasts with the upset of the fighting horses on the other side. In September 1481, Leonardo was still working on the painting, but later he left Florence for the court of Ludovico Sforza in Milan, interrupting the painting he was producing for the church of San Donato in Scopeto. The Augustinian friars waited in vain for the artist to return and to complete his painting, until they decided to commission another altarpiece with the Adoration of the Magi from Filippino Lippi, which was completed in 1496. Leonardo’s Adoration of the Magi is therefore a painting that is suspended in execution to an initial level of a rough sketch. Leonardo took the development of the work to different stages: some of the characters are barely sketched out, while others, as if to grasp an idea, are more finished. The sky consists of a white lead base coat and lapis lazuli.

The Adoration of the Magi by Leonardo

Video in Italian | Talking about the unfinished painting by the genius 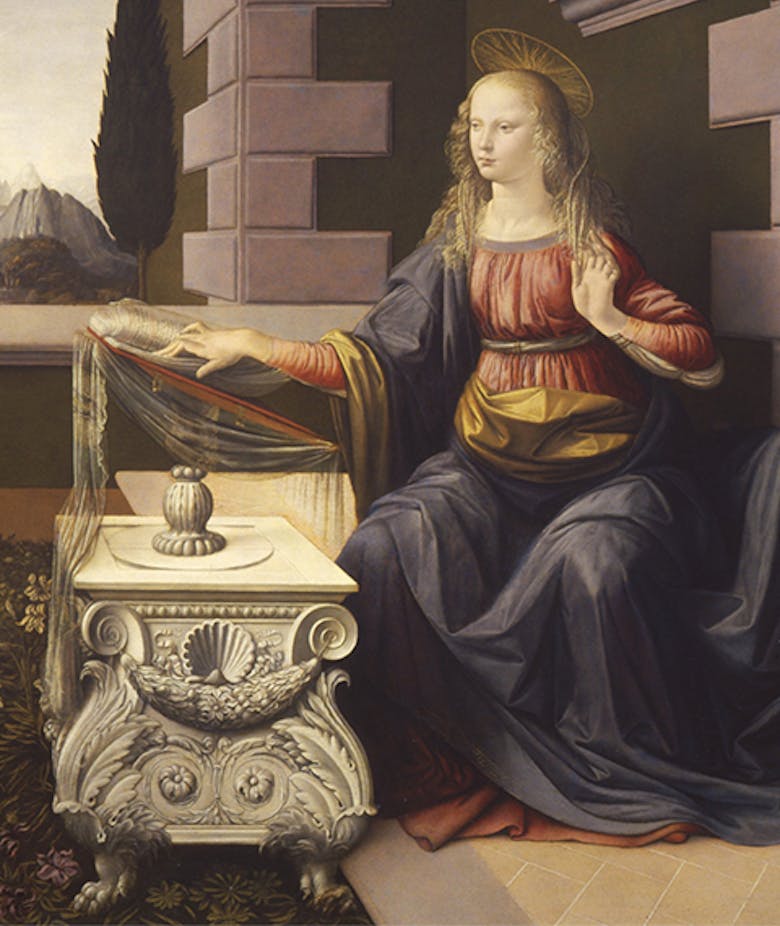