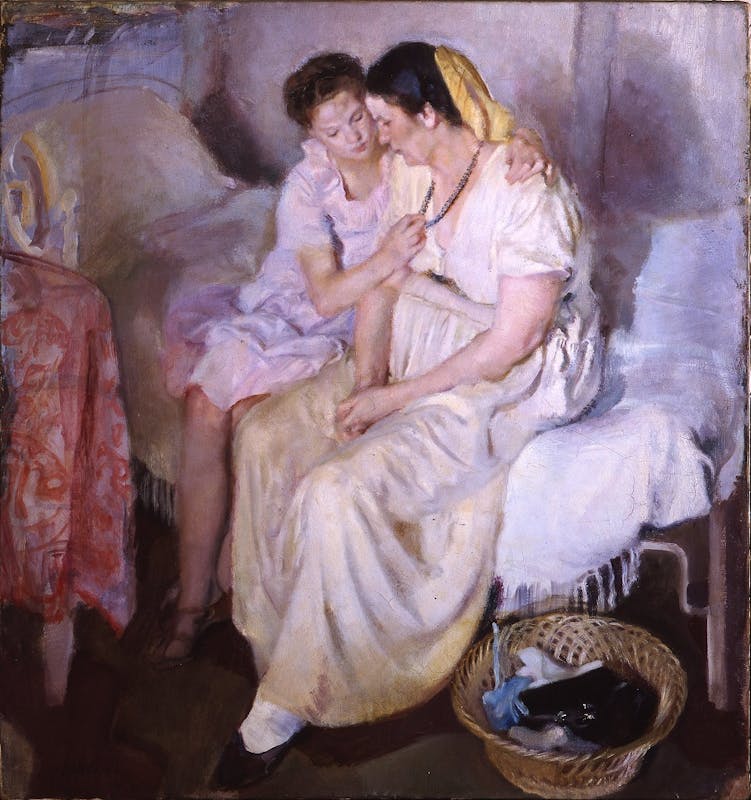 A complex painter and the focus of much discussion among critics, Armando Spadini was seen by some as a follower of the Impressionists (the “Italian Renoir”) and by others as an interpreter of a recovery of Italian painting from the 16th and 17th centuries and as a potential innovator of pictorial language in the early 20th century.  Unfortunately, Spadini died before we could see the outcome of his painting career, which has been significantly revalued over the last few decades.

He trained in a lively cultural context:  Florence of the early 20th century, where he attended the Academy as a pupil of Giovanni Fattori and the stimulating environment created by intellectuals at the “Leonardo” review, including Giovanni Papini and Ardegno Soffici, between tradition and the macchiaiolo style depiction of reality, symbolist ferments and the stimuli of the early 20th century.

He studied Italian Renaissance art and Spanish painterssx, Goya in particular. 17th-century painting seduced him, like many painters from his generation, to the extent that Alberto Savinio wrote, in 1922:  “Spadini’s art does not constitute a simple example of mimicry of the French, since his most interesting and vital side is always Italian and tends to recapture the fullness of  volumes, the colourful disturbances, and the imaginative effects of light and shade in 17th-century Caravaggio”. The soft brush strokes and large figures we find in this painting too, no longer seem like they depend on the impressionist painting (Renoir in particular) that inspired Spadini, but also on 17th-century Italian paintings, where we find a significant focus on domestic “genre” scenes.

Spadini married a pupil of Fattori, Pasqualina Cervone, who became, together with their children, the protagonist of a family story portrayed in a long series of portraits and scenes, both indoors and outdoors: in this painting, Adolfo Venturi saw a “hint of idyllic abandonment... where in the soft, cloudy whites and the faces blurred by a fluttering of light and shadow, Armando Spadini expresses his sensual taste for pictorial softness”.