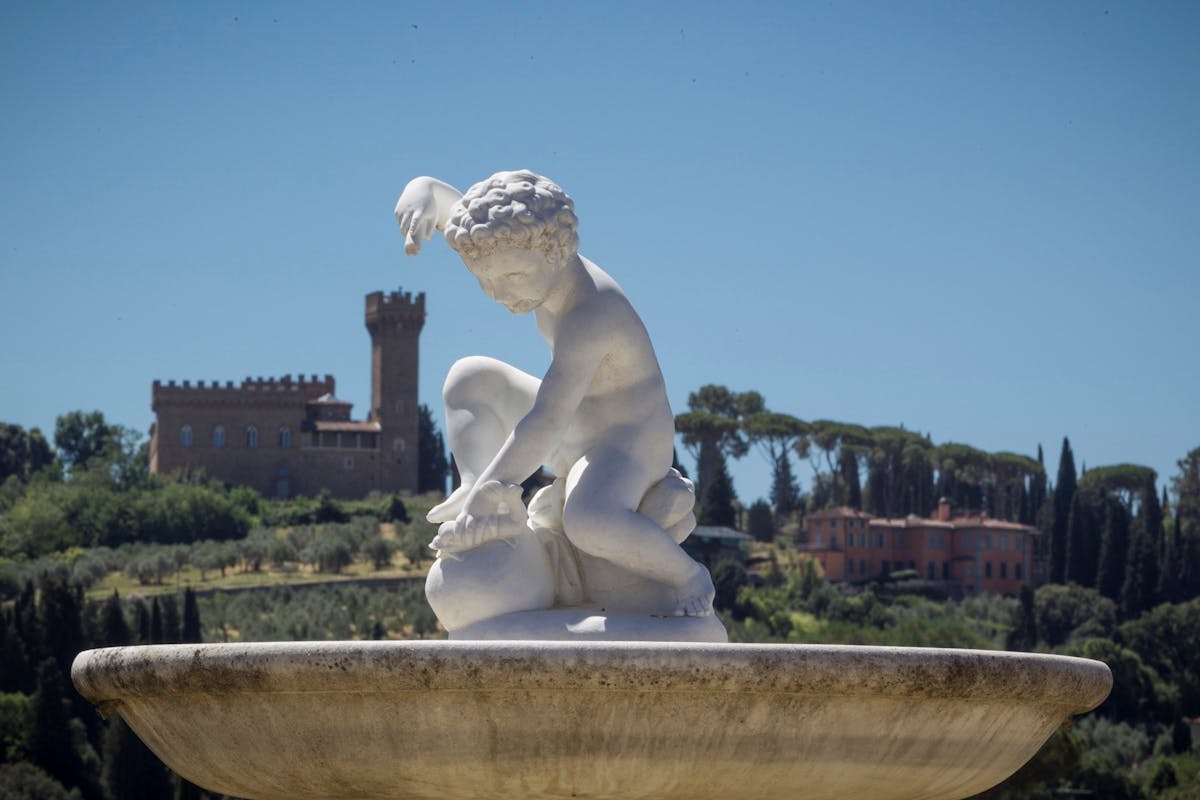 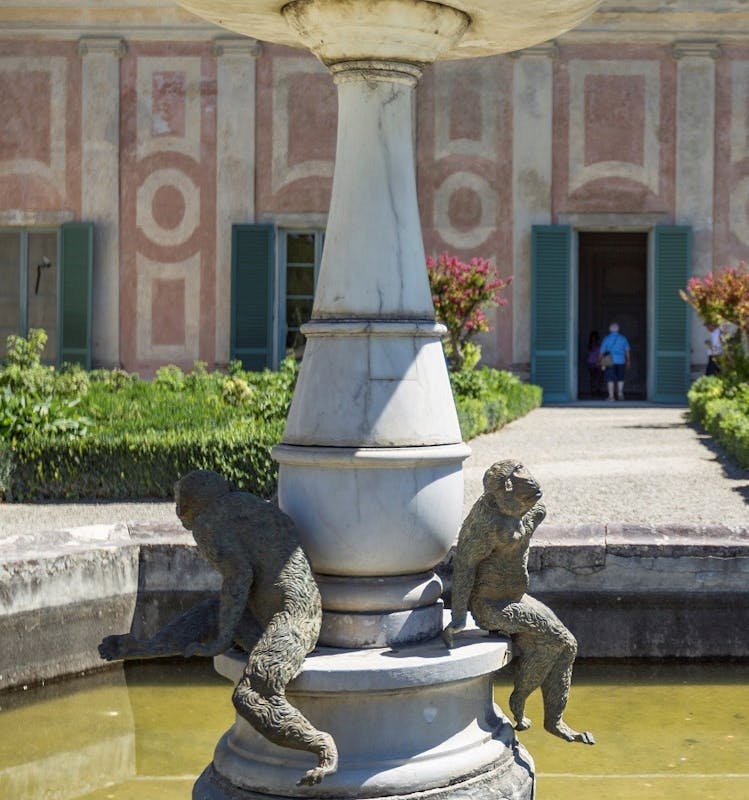 The current layout of the fountain, which consists of elements made by different sculptors in different periods and using a variety of materials, dates back to the early 19th century. In the centre of the basin is a fountain in pietra serena and white marble. On the base are three bronze monkeys by Vicenza sculptor Camillo Mariani (Vicenza, 1567 – Rome, 1611). These curious figures were made for the Duke of Urbino, Francesco Maria II della Rovere. Mariani had entered the duke’s service in 1595 and created the monkeys for a fountain at Villa Miralfiore in Pesaro. They were taken from Pesaro to Florence, to the Villa di Poggio Imperiale by Vittoria della Rovere after her marriage to Ferdinando II de’ Medici. The current location of the monkeys most likely dates back to 1830, when the other sculptures were also transferred from the Medici villa to the Boboli Gardens. A fourth monkey carrying a young monkey in its arms, belonging to the original set (which perhaps consisted of five elements), is now in the Metropolitan Museum of New York. In the context of the Duke of Urbino’s decorative scheme for his Pesaro villa, which was considered a place to withdraw from public life, the presence of the monkeys is explained as a customary reference to the tendency for vice or stupid imitations of sounds and gestures, attitudes that have always been attributed to this type of animal. However, the monkeys are actually a tribute to freedom, to a harmonious relationship with nature, and to a sort of exotic naturalism that can be traced back to the taste for the bizarre that is typical of Mannerism.

The stem, which rises up from the base of the fountain, is perforated to duct the piping and supports a basin - perhaps a recovered marble piece - that acts as the base for a sculpted fishing putto, most probably the work of Stoldo or Antonio Lorenzi from the 16th century.

For conservation reasons, the sculptures were recently replaced by copies.