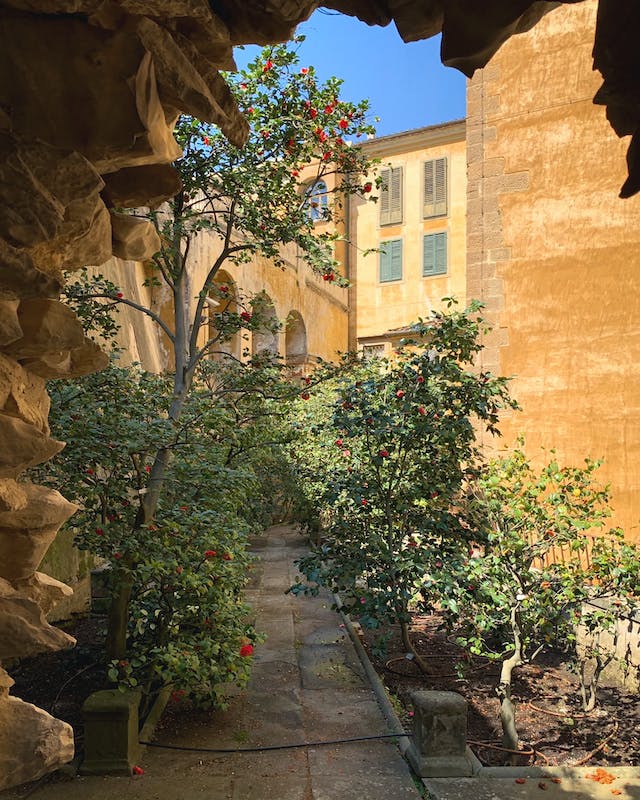 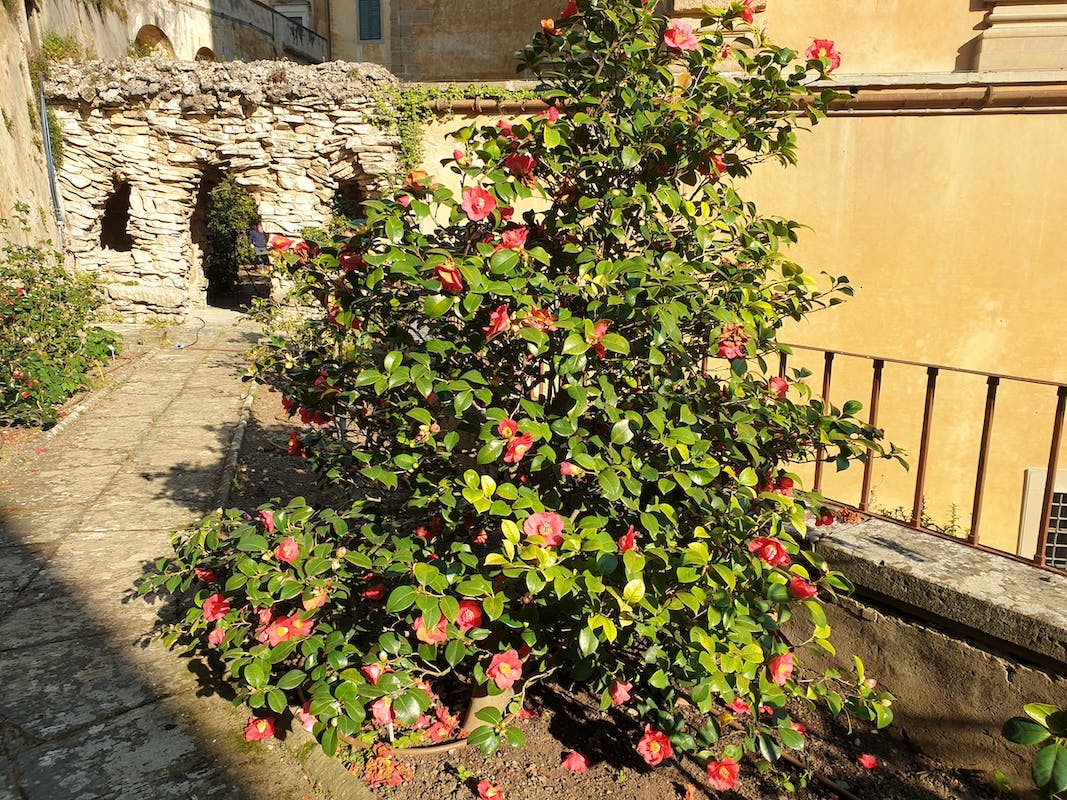 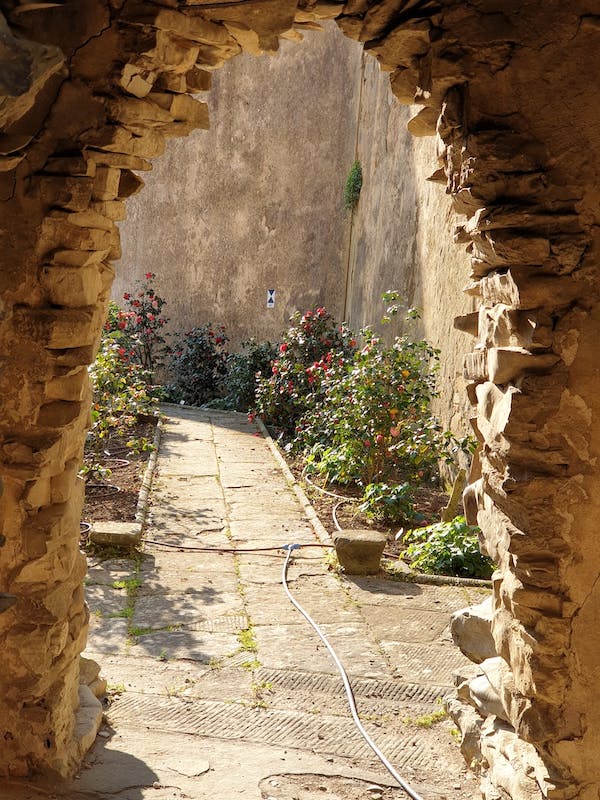 The Garden of the Camellias is located between the southern wing of Palazzo Pitti and the rampart of the Meridiana, or Sundial Building, and its purpose was to create a link between the private apartments of Prince Mattias de’Medici and the Boboli Gardens. This long, narrow space was originally an area destined for the cultivation of so-called “flowering onions" (bulbs) in raised boxes built of masonry. Their lover was Cardinal Giovan Carlo, Prince Mattias’ brother. In 1688, when the prince’s apartments were given to Violante Beatrice of Bavaria, bride of the Grand Duke Ferdinando I de’Medici, the garden was renovated by architects Giacinto and Biagio Marmi, who rearranged it as it still appears today. A lane leads from the apartments towards the square and the ramp of the Amphitheatre, lined with benches and two small fountains; a small grotto-like passage-way with imitation ruin effect divides the public space from the private area: inside it hosted water features to gladden the guests. At the end of the 1700s, the square of the Sundial Building was raised and the small garden became less exposed to the sunshine the bulbs needed in order to grow: these conditions determined the decision to use this area for growing camellias, which were extremely popular at the time. The camellia is thought to have arrived in Italy from the far East around 1860, and Tuscany was one of the most crucial distribution centres for this flower, given its abundance of local enthusiasts and growers. Japonica is the species of the Camellia genus most commonly found in the garden, including perennials (C. j. “Candidissima”, “Anemoniflora”, “Pulcherrima”, “Rosa Simplex”) and other reintroduced cultivars such as “Alba Simplex”, “Lavinia Maggi", “Oscar Borrini”, “Tricolor” and “Rosa Mundi”.

Camellias flourish in cool soil, rich in humus, with a slightly acidic PH. The terrain must be well-drained and partially shaded with a considerably humid, but breezy atmosphere; they benefit greatly from mulching, which protects the roots on the surface from excessively hot or icy conditions.

The "Gentleman" of the Camellias

The collection of camellias in the Boboli Gardens